Cache of love letters between the two stars are made public for the first time, revealing their ardent passion 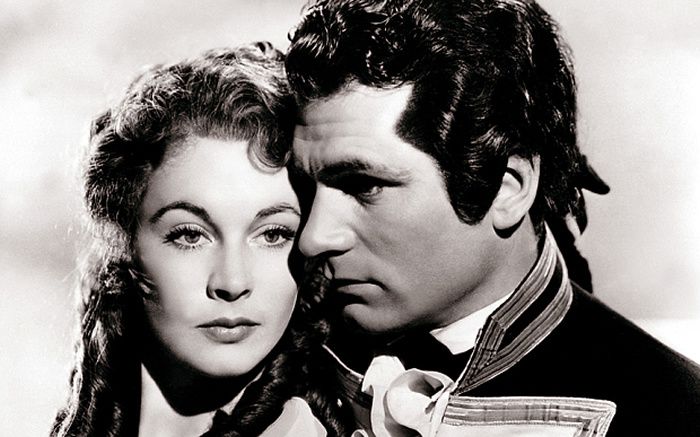 It was one of the greatest romances of the 20th century which, from its illicit beginnings, went on to become one of the most scrutinised relationships of its day.

Now a cache of love letters between Vivien Leigh and Laurence Olivier are to be revealed to the public for the first time, documenting how their ardent passion for one another later gave way to cool indifference.

Olivier wrote more than 200 letters to Gone With The Wind star Leigh during their affair, which begun in 1939 and ended with their divorce in 1960.

In the early years of their affair, when they were both still married so had to conceal their relationship, Olivier candidly expresses his sexual desire for Leigh.

In one undated letter, believed to be from 1938 or 1939, he wrote: “I woke up absolutely raging with desire for you my love... Oh dear God how I did want you. Perhaps you were stroking your darling self.”

On April 23, 1939, he wrote: “I am sitting naked with just my parts wrapped in your panties. My longing for you is so intense.”

Leigh confided in Olivier that she was struggling with the role of Scarlett O'Hara in 1939's Gone With The Wind. They both worried that the film would flop, putting a stopper on producer David Selznick’s plans to make Leigh a huge star.

On August 2, 1939, Olivier advised Leigh that would have to work hard to “justify” herself to Mr Selznick in future films “by proving that the presumable failure of Gone WTW was not [her] fault.”

Olivier often reminded Leigh that the scandalous nature of their relationship meant that they must not be seen together in public. On May 30, 1939, he wrote: “I have come to the conclusion you're very naughty. We are a popular scandal, or rather a public one. Therefore it is only reasonably good taste to be as unobtrusive as possible.

“Can you dance and be gay and carry on like the gay happy hypocrite days? No my love you cannot. Why because of your fame, tripled with our situation - quadrupled with the fame there off.”

Following their respective divorces, Olivier and Leigh were free to marry in 1940 and initially their passion remained as strong as ever.

In 1945, Olivier wrote: “It is not possible to express my feelings and thoughts about you my dear one. I long for you with such a wretchedness.”

However, by the end of the 1950s, the relationship had turned sour. Leigh suffered a serious of mental breakdowns and her affairs and erratic behaviour put a strain on the marriage. The couple divorced in 1960.

A year later, Olivier married Joan Plowright, the actress who would remain his wife until he died in 1989. He apologised to Leigh for the “beastly way” she discovered he was to remarry: from the media.

In a letter from the early 1960s, Olivier wrote of how he was grateful for being “set free”, and urged Leigh to make a fresh start with her new love Jack Merivale. Olivier urged her to “take great care of Jack”, warning her not to “try [him] too hard”.

On May 28, 1967, Olivier penned his last letter to Leigh, five weeks before her death. He signed it: “Sincerest love darling, your Larry.”