Fast on the draw, he also was in 'Gunfight at Comanche Creek,' 'Support Your Local Gunfighter' and 'The Fall Guy.' 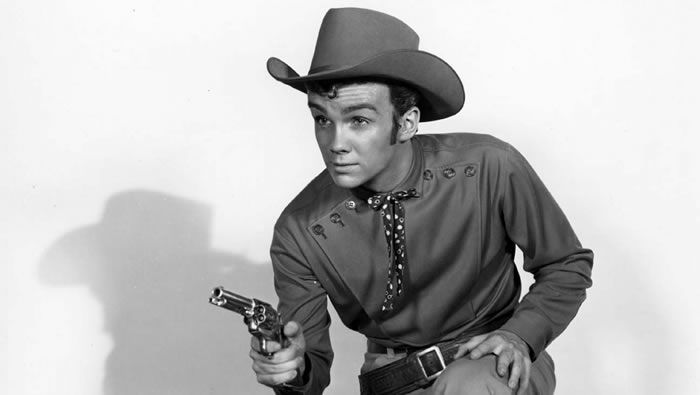 Republic Pictures/Photofest Ben Cooper in the 1954 film 'The Outcast'

Ben Cooper, who portrayed the bandit Turkey Ralston in the Joan Crawford drama Johnny Guitar, just one of his many appearances in Westerns on television and the big screen, has died. He was 86.

He also was on Gunsmoke three times as well as on Bonanza, Tales of Wells Fargo, Wagon Train, The Rifleman, Death Valley Days and a 1961 Civil War-set episode of The Twilight Zone.

He said he also practiced his fast draw for 90 minutes a day for four years.

In Johnny Guitar (1954), directed by Nicholas Ray and filmed in Sedona, Arizona, Cooper rode the same horse that carried Alan Ladd in Shane. His character, in a gang with Ernest Borgnine, Royal Dano and Scott Brady, meets his demise at the end of a rope.

More recently, Cooper had recurring roles as district attorney Alexander Waverly on Claude Akins' The Misadventures of Sheriff Lobo and as the director on Lee Majors' The Fall Guy.

Born Sept. 30, 1933, in Hartford, Connecticut, Cooper joined Life With Father on Broadway in March 1942. The classic period comedy ran for more than seven years, long enough for him to play two of the family's four sons, Harlan (for 15 months) and Whitney (for 21 months).

Asked how he got the gig, Cooper said, "I was the right size, I looked right, I was very polite and I knew the whole [script]," he said. "It was that simple."

He acted in more than 3,000 radio shows, attended Columbia University and worked on live television before making his movie debut with an uncredited part in the film noir Side Street (1950), directed by Anthony Mann.

Survivors include his granddaughter, Pamela, and her family; his grandson, Phillip, and his family; his sister, Bunny; and son-in-law Craig.