She also appeared in classic episodes of 'The Twilight Zone' and 'Seinfeld' and portrayed a vigorous grandmother for laughs in 'That’s My Boy.' 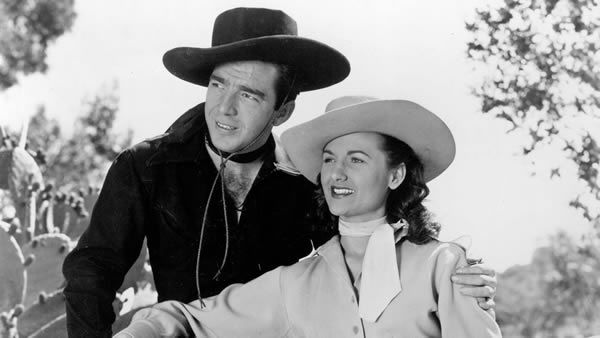 Peggy Stewart, who starred in more than 30 Westerns at Republic Pictures in the 1940s and '50s and played the object of Adam Sandler and Vanilla Ice's affection in That's My Boy, has died. She was 95.

Stewart, a resident of Valencia, California, died May 29, her family announced.

Stewart also appeared in the classic 1961 Twilight Zone episode "The Shelter," which revolved around an impending nuclear attack; played the aunt of George Costanza's (Jason Alexander) girlfriend on the iconic 1993 Seinfeld episode "The Implant"; and portrayed the grandmother of Pam Beesly (Jenna Fischer) on two installments of The Office.

In one of her final roles, she stood out as Grandma Delores, the mother of Tony Orlando's character, in the raunchy Warner Bros. comedy That's My Boy (2012), starring Sandler and Andy Samberg.

Born Peggy O'Rourke on June 5, 1923, in Palm Beach, Florida, Stewart was raised in Atlanta. On a family vacation in California, she met actor Henry O’Neill, who steered her toward the part of Joel McCrea and Frances Dee's teenage daughter in Paramount's Wells Fargo (1937).

After work in such films as Certain Age (1938) and Bette Davis' All This, and Heaven Too (1940), she signed with Republic and made her debut there in Tucson Raiders (1944), the first of several movies she did with Wild Bill Elliott as comic strip cowboy Red Ryder and Bobby (Robert) Blake as his young companion, Little Beaver.

After her run at Republic and a stint as a casting director at NBC, she appeared on dozens of TV shows, including The Cisco Kid; The Life and Legend of Wyatt Earp; Have Gun — Will Travel; Gunsmoke; Mod Squad; Room 222; Blake's Baretta; Emergency!; The A-Team; Frasier; Beverly Hills, 90210; Weeds; The Riches; Justified; and, in her last onscreen appearance, Getting On.

Her late sister was Olympic swimmer Patricia O'Rourke, who was married to actor Wayne Morris (Kid Galahad, Paths of Glory).

Survivors include her children Abi, Mike and Greg.