Cécile Rol-Tanguy, a grande dame of the French Résistance, has died. She was 101. One of the last surviving members of the movement, she played a significant role in fighting the Nazi occupation alongside her late husband Colonel Henri Rol-Tanguy. 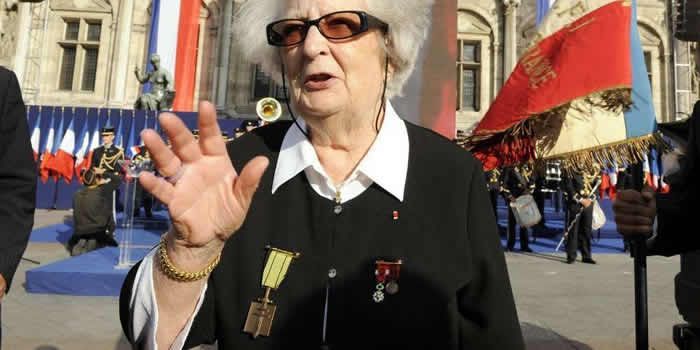 Rol-Tanguy died in Monteaux, in the Loire region of western France, shortly after the official VE day commemorations on 8 May to mark 75 years since the end of the second world war.

"Until her last breath, Cécile Rol-Tanguy was loyal to the Communist dream of a generous utopia," her family said.

"She continued to campaign alongside young people for more social justice and women’s rights."

That combative mettle shone brightly throughout the 1940s. On 18 August 1944, after four years working underground, it fell to Cécile Rol-Tanguy to type out the call for Paris to rise up in insurrection against Hitler’s occupying forces.

The words were dictated by her husband, Henri Rol-Tanguy. The couple met just before war broke out when she was working as a typist at the Communist CGT Metal Workers’ Union.

As part of the Résistance, Henri Rol-Tanguy had become commander of the Paris region of the Forces Françaises de l'Intérieur d'Ile-de-France (FFI), an umbrella network for the military resistance.

A week later, when Paris was liberated, Général Charles De Gaulle drove triumphantly down the Champs-Elysées and Cécile Rol-Tanguy followed him. 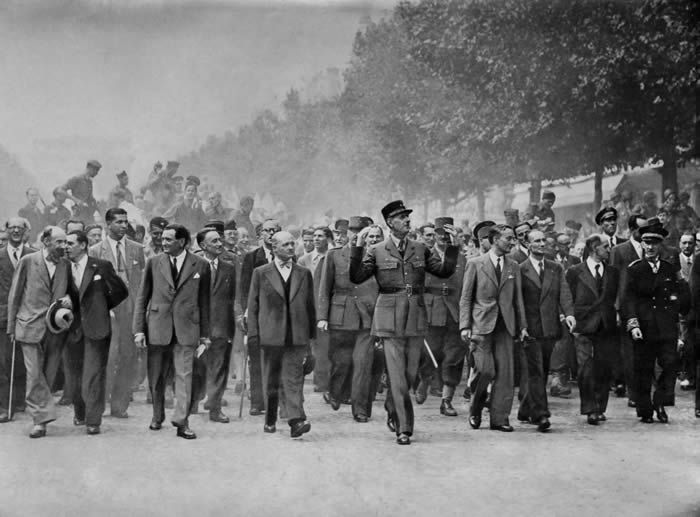 Cécile Rol-Tanguy grew up in a radical household. Her father helped found the PCF (French Communist party) and she became an active member early on.

When Henri Rol-Tanguy served as a volunteer with the French section of the International Brigades fighting in the Spanish Civil War, she became his "marraine" or a kind of protectress. He returned, wounded, in 1938 and they married the following year.

At the outbreak of war in France, they both joined the Résistance and embarked on a dangerous existence in Paris with Henri Rol-Tanguy, as commander of the Paris region FFI organising sabotage units and armed groups.

Using aliases like Yvette, Jeanne or Lucie, Cécile Rol-Tanguy began working as her husband's personal liaison officer. She lived with her parents while he went from one hideout to the next.

She was not afraid to take risks: carrying orders around the city, delivering sensitive documents and political tracts for the communist network (FTP Francs tireurs et partisans) they belonged to.

She would pick up revolvers, grenades and ammunition from depots and get them through to fighters.

That sometimes involved hiding them in sacks of potatoes in her daughter’s pram, with the child on top.

As the situation became increasingly perilous, her husband asked her to work in a different group rather than with him personally.

“I never had fear in my stomach," she said in an interview in 2014. "If you do, you can’t do anything. If you arrive at a metro station with the Germans in front of you there’s no point in turning around as there are probably Germans behind you. I did nothing exceptional.”

An emblem of women's role in fight against Fascism

Initially reluctant to accept the Grand Officer of the Legion d'Honneur in 2008, she relented in the name of all of the women Résistance fighters, too often forgotten by history.

“With my last nomination for the Legion d’Honneur, I considered that I represented all the women who had nothing," she said in an interview.

"Cécile Rol-Tanguy was emblematic of the role women played in the fight against Vichy and the Nazi occupation," her family said.