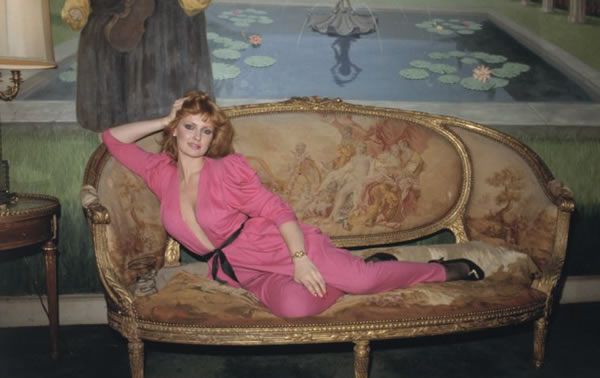 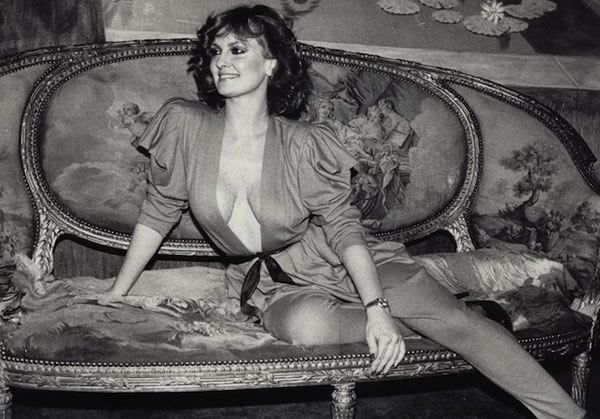 When her parents divorced in 1965, Marjorie ran away to Los Angeles, where she worked as a receptionist, a cocktail waitress, and a topless dancer. During this time she took on various aliases and it was under the name of Priscilla Shutters, while still in her teens, that she was sentenced on such counts as auto theft, possession of a tear-gas gun and passing false cheques. At the age of 17 she appeared nude in Pix (“magazine for men who like action”, April 1970) under the name Connie Stodtman. During 1972 she was winning beauty competitions under the names Susan, and then Anneka, Steinberg. Then in 1973 she began modelling for Penthouse under the name Anneka Di Lorenzo, as Pet of the Month in 1973 and Pet of the Year in 1975.

Its publisher, Bob Guccione, also starred her as Messalina in his 1979 film Caligula, a role she also played in the Italian comedy film Messalina, Messalina! (1977). Other films in which she made an appearance included the 1974 exploitation films The Centerfold Girls, Mama's Dirty Girls, and Act of Vengeance; later she had a bit part as a nurse in Brian De Palma's Dressed to Kill (1980). In 1981 she fell out with Guccione and eventually filed a sexual harassment lawsuit against him, alleging that he compelled her to have sex with his business associates. Though she was ultimately awarded $4 million, she lost it again on appeal.

Following the end of her glamour career, Di Lorenzo lived out of the limelight, taking various jobs and then training as a yoga instructor. In 2000 she opened a short-lived branch of The Forever Young Experience Inc. under the name Anneka Thoreson, together with Philip Vasta. Later she married Vasta, but her marriage and her future business ventures failed and by 2010 she was living with one of her sisters. In January 2011 she was discovered drowned in the sea off Camp Pendleton in circumstances that indicated either suicide or murder.