A 93-year-old former Nazi SS guard has told a German court that he "wants to forget" his time at Stutthof death camp and has denied guilt for the crimes committed there. 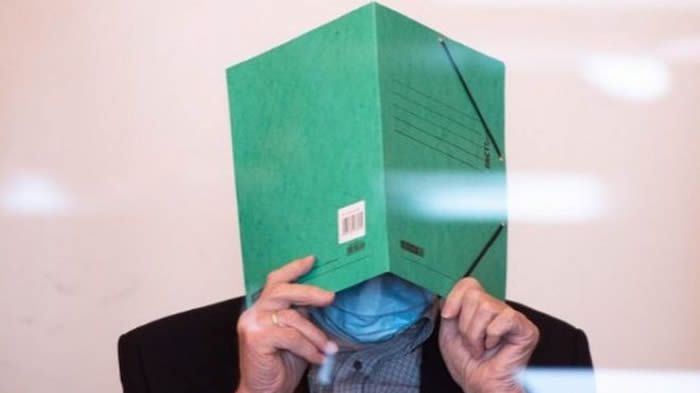 "I want to forget and not go over that again," Bruno Dey said when asked if he had told his grandchildren about it.

He is charged with assisting in the murder of 5,230 people at the camp near Gdansk (Danzig) in occupied Poland.

He allegedly assisted the "deceitful, cruel murder" of Jews in the Holocaust.

According to the indictment, those murders took place between August 1944 and April 1945.

"I didn't contribute anything to it, other than standing guard. But I was forced to do it, it was an order," he told the Hamburg court on Wednesday.

He is being tried in a juvenile court because he was aged about 17 at the time. 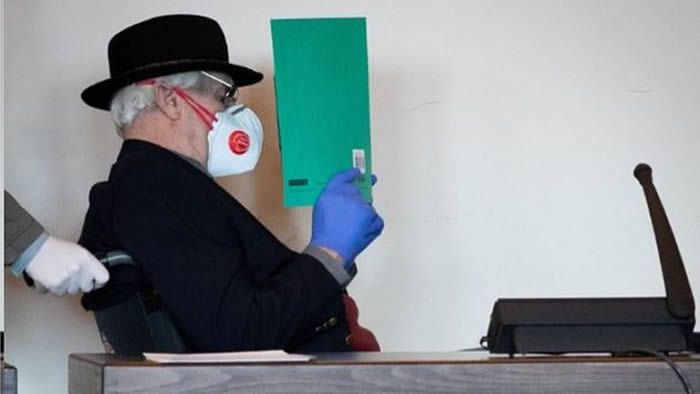 Bruno Dey gave the court an account of his Nazi service

At the trial in January a historian testified that Mr Dey was sent to the camp initially as a Wehrmacht soldier and did not join the SS until September 1944. So, it is argued, he could have asked for a transfer to another unit before becoming part of the SS mass murder machine.

It is expected to be one of the last trials of alleged Nazi war criminals, as both survivors and perpetrators are now very old, and in some cases their memories are failing.

A defence lawyer for Bruno Dey, Stefan Waterkamp, has requested that a psychiatrist examine the defendant's mental recall. Mr Dey, who went on trial in October, gave the court details of his SS service.

He said that shortly before the war ended he helped to guard Stutthof prisoners taken on a boat across the Baltic to Neustadt in Holstein, DPA news agency reports.

As British troops closed in, the SS herded the surviving prisoners into the harbour area and Mr Dey later fled the scene.

Last year he acknowledged knowing of the Stutthof gas chambers and admitted seeing "emaciated figures, people who had suffered".

In December a 91-year-old survivor, Abraham Koryski, testified from Israel. He was aged 16 when sent to Stutthof in 1944.

He said "we were constantly beaten, while at work too" and repeatedly, he said, the SS staged sadistic "shows" in front of the inmates. On one occasion, a son was forced to beat his father to death.

Several war crimes investigations were reopened by the German authorities after a landmark 2011 ruling against former Sobibor camp guard John Demjanjuk, who was given a jail term as an accessory to mass murder but died pending an appeal. Previously, courts had required evidence of former SS guards' direct involvement in atrocities.

In 2016 investigators found SS clothing with Mr Dey's name, along with his signature in the Stutthof archives.

In that year Oskar Gröning, known as the bookkeeper of Auschwitz, was given a four-year prison sentence for being accessory to the murder of 300,000 Jews, without evidence of involvement in a specific killing. Gröning died in 2018 while his conviction was being appealed.

Stutthof was officially designated a concentration camp in 1942. It was the first such camp built outside German borders in the war and the last to be liberated, by the Soviet army on 9 May 1945.

More than 65,000 people are thought to have died in the camp. Guards began using gas chambers there in June 1944.