Today’s obituaries for Ruth Bader Ginsburg, who died on Sept. 18 at the age of 87 of complications from cancer, will inevitably and rightly describe her first and foremost as a Supreme Court Justice. Her distinguished legal career, however, began decades before her 1993 appointment to that bench. 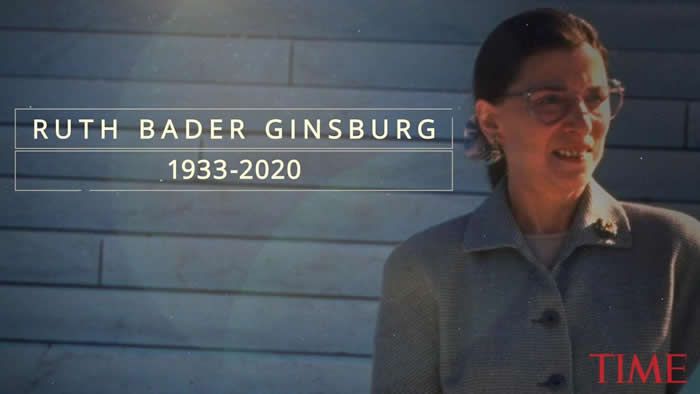 Accordingly, her first appearance in the pages of TIME came decades earlier, in 1975, when she made the point that confusion and lack of understanding were the enemies of the passage of an Equal Rights Amendment (ERA) that would prohibit the denial of civil rights on the basis of gender.

It was a point very much in keeping with her career up to that moment. After her 1959 graduation from law school, she quickly discovered that being a woman meant she could not get a job at a top New York City law firm. So, she decided to go another route, clerking for a district court judge and later teaching at Rutgers. From the beginning, defending equality — especially gender equality — proved to be her forte, in the courtroom and in her life. And during the ERA’s moment in the headlines, after its passage in 1972, she was a staunch public voice for the Constitutional Amendment. 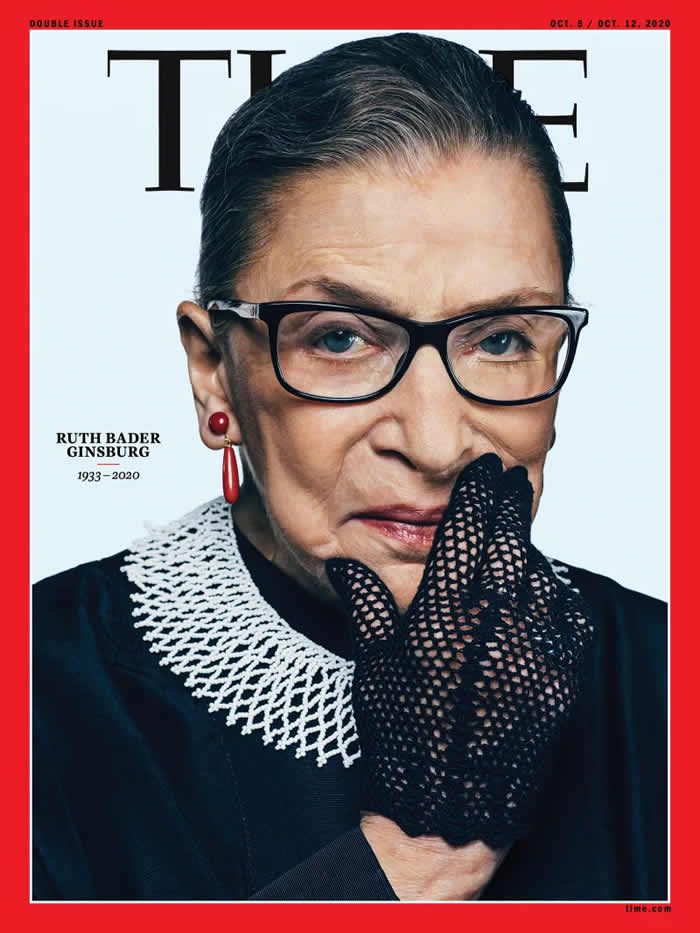 Photograph by Sebastian Kim—AUGUST for TIME

Though it would not be ratified, Ginsburg herself saw great success during this period, as TIME explained in a profile following her Supreme Court nomination:

One of her cases successfully challenged a New Jersey regulation requiring pregnant teachers to quit without any right to return to the classroom. She had faked her way through her second pregnancy at Rutgers by wearing clothes one size too large during the spring semester and giving birth in the early fall before classes resumed. Rutgers gave her tenure in 1969. In 1971 Harvard, which had decided it was time to consider adding a female to the faculty, offered her a job teaching a course on women and the law. When a full-time offer was not forthcoming a year later, she quietly packed her bags. She was not unemployed for long. In 1972 Columbia Law School hired her as its first tenured female faculty member ever.

All this while, her husband, Martin Ginsburg, was on his way to becoming one of the pre-eminent tax lawyers in the country (he advises Ross Perot, who endowed a chair at Georgetown Law in his name) and sharing the tasks of family life. The two had met as undergraduates during her first semester at Cornell when Marty gave a lift to a friend in his old Chevrolet to pick up a date who lived in the dorm room next to Ruth’s. The minute Ruth graduated in 1954, they got married at his parents’ house.)

At Fort Sill, Oklahoma, where Martin served two years in the Army, the couple had their first Ruth-cooked meal. The purported tuna casserole was, Martin recalls, ”as close to inedible as food could be.” He started studying a translation of French chef Auguste Escoffier as hard as his law books and became as fine a cook as an attorney. When they got back to Harvard, they shared child care as well, taking turns relieving the baby sitter every afternoon at 4. That began their lifelong practice of working well into the wee hours of the morning.

Forty years later, Martin is still cooking — often for friends at the couple’s duplex apartment at the Watergate, and sometimes baking the birthday cakes Ruth provides for her fellow judges. The Ginsburgs’ oldest child, Jane, 37, who followed in her mother’s footsteps to teach law at Columbia, got her father to prepare the family favorite — vitello tonnato — for her wedding in 1981. Their second child, James, 27, picked up on the Ginsburgs’ other love, music, and produces classical records in Chicago while attending law school.

For millionaires, the Ginsburgs live a relatively simple life, with a six-year-old Nissan and a 10-year-old Volvo and no country house. On weekends Marty loads up the car with cooking utensils, herbs and golf clubs for getaways to the Victorian house of friends in Connecticut. Last Christmas they went water skiing in Jumby Bay, near Antigua. They go to Europe annually for conferences (49, as they totted them up for the FBI; Ruth may be the first Justice to speak Swedish). Who works harder? On a trip to Israel in 1977 Martin gathered up his suntan lotion, galley proofs of his law review article Collapsible Corporations: Revisiting an Old Misfortune, and made for the pool of the King David Hotel. Ruth headed straight to a debate on the comparative miseries of women under Israeli, Halakic and American law. She never saw water again on the trip.

…Ginsburg became a judge back in 1980, appointed by President Carter to the U.S. Court of Appeals, after she gained national acclaim as counsel to the American Civil Liberties Union. She had won five landmark cases before the Supreme Court and had taken a novel approach to expanding the scope of the equal-protection clause by suing on behalf of men in some cases. She argued, for instance, that widowers as well as widows were entitled to Social Security survivor payments and challenged an Oklahoma law that allowed women, but not men, to buy alcoholic beverages at 18. She also won cases arguing that dependents of women in the military should have the same housing arrangements as men and that it was unconstitutional to prefer the father over the mother as executor of a son’s estate.

Those successes were part of the reason her name was already being floated for the Supreme Court in the mid-1980s.

As her record showed, her early work toward greater equality was often founded on the knowledge — hard won in her own life and evident in the world around her — that the old stereotypes on which many past standards had been built no longer applied, and that life could be better once that fact was recognized. With that knowledge, brought to bear for her clients and later on the Supreme Court, she helped move American jurisprudence a little bit closer to what she saw as its true purpose.

That purpose was something she described to TIME in 1977, when she was named by the magazine as one of the nation’s top ten law professors: “To reflect and respond to the needs of the society it serves, preserving freedom while preventing turmoil.”