Julie Strain, the model, actress and Heavy Metal muse, died on January 10 after a long battle with dementia. The 6’1″ Strain was a constant presence in Heavy Metal during the 1990s, posing as a strong warrior woman for contributors including Olivia de Berardinis, Simon Bisley, Luis Royo and others. Her association with Heavy Metal reached its peak in 2000, when she served as the model and voice of the animated heroine Julie in the film Heavy Metal 2000 and its spinoff/sequel video game Heavy Metal F.A.K.K.2.

Julie Strain was known as many things: B-movie actress, scream queen, Penthouse Pet of the Year, and, for a decade, Heavy Metal publisher Kevin Eastman’s wife. Strain’s over-the-top glamazon appearance was complemented by an irreverent personality. Julie knew that what she was doing was pretty ridiculous, and she embraced it. Some actresses do B-movies in the meantime, because they have to, with the dream of making it to more prestigious productions. That wasn’t Julie — she was happy to be Queen of the Bs. As she told an interviewer in 1997:

“I am the chick that they call when they want a gun-toting amazon-bitch-Barbarella-merciless-bitch with a machine gun. Vampires, witches, sorceresses, double agents – that’s what I do and I like to headbutt people in fights and kick them and spit on them and bust them in the balls.”

Julie made well over 100 movies in her 18-year film career, and as she said in 1997, “that doesn’t count the, uh, Buck Naked Line Dancing videos or Naked Golf or anything. Fortunately, I don’t have to do those anymore to get my rent paid.” Her filmography included five Andy Sidaris movies, five installments of the Bare Wench series (in which she played the title character), dozens of episodes of Playboy TV’s Sex Court (as Judge Julie), and yes — even mainstream films such as Beverly Hills Cop III and Naked Gun 33 1/3. 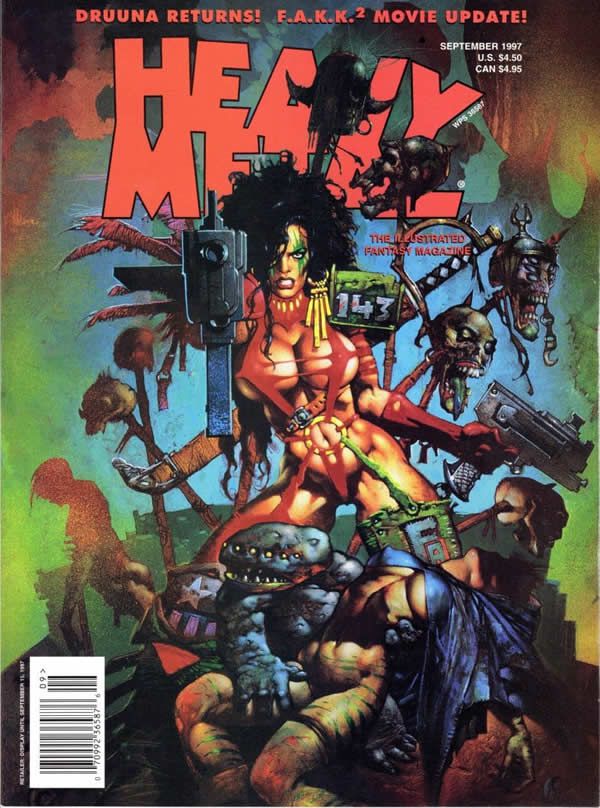 Julie’s sense of humor and realness made her a favorite at conventions, even though many fans tended to be awestruck (or dumbstruck) in her presence. At the height of her power, she was the embodiment of ’90s Heavy Metal itself and the spiritual heir to the original movie heroine Taarna.

Julie was herself part sci-fi, part fantasy, and none of it too terribly serious. It takes a special person to strap on that comical F.A.K.K. armor and contort into the muscular poses of a Bisley painting one day — and then strike Bettie Page-style pinup poses for Olivia the next.

She didn’t look like a sci-fi fan, comics nerd or genre-movie buff, but she was. She was one of us.

When she was in her 20s, Strain suffered a horseback riding injury that caused retrograde amnesia; essentially all memories of her childhood disappeared. The injury is also thought to be the cause of the dementia that took hold of her in recent years, and left her confined to hospice care since at least 2018. Almost a year ago to the day, false reports about Julie Strain’s death were published by a couple of news outlets before Strain’s partner set the record straight. This time, the news comes from Julie’s frequent collaborator Olivia de Berardinis, and the official Julie Strain Facebook page run by her partner Dave is sharing condolences from friends, fans, and industry peers.

Julie Strain was neither a writer nor an artist in the comics medium, but she was absolutely an essential part of Heavy Metal history and the Heavy Metal family. We were fortunate to have her on the cover and within the pages of our magazine as often as we did. 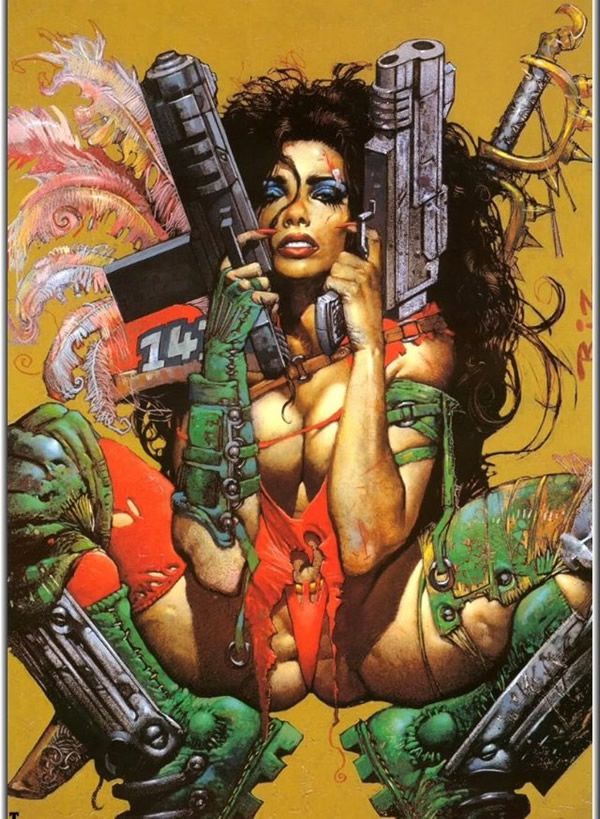 On behalf of the IP and Nexus teams I offer our condolences to the family, friends and fans of Julie Strain.