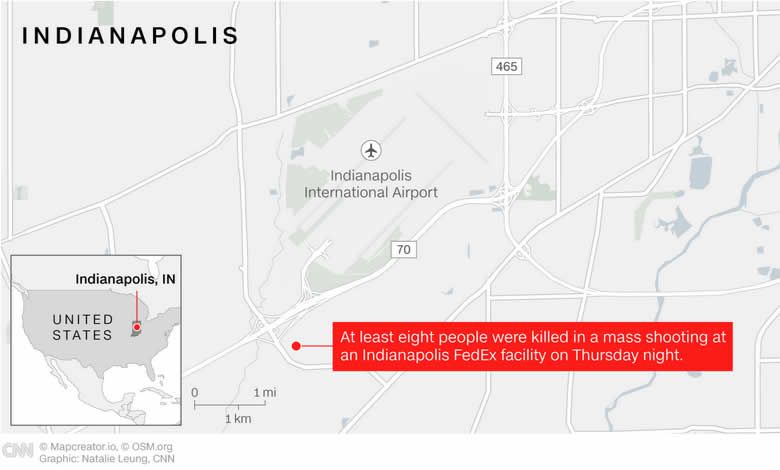 Authorities were aware of multiple other injured victims in hospitals, one of whom was in critical condition, she said during a media briefing early Friday.

Police believe the shooter took his own life and there is "no active threat to the community at this time," Cook said.

The motive for the shooting was not immediately known, she said.

Police arrived around 11:00 p.m. local time to an active-shooter situation and entered the facility without hesitation, Cook said.

"The officers responded, they came in, they went in and they did their job," Cook said. "A lot of them are trying to face this because this is a sight no one should ever have to see."

'I thought I was going to get shot'

Two employees inside the building at the time told CNN affiliate WISH-TV that they heard as many as 10 gunshots.

At first Jeremiah Miller and Timothy Boillat thought the sound was from a car, but after hearing more, Miller stood up and saw a man with a weapon, he said. Family members await information about their loved ones outside the FedEx facility.

"After hearing the shootings I did see a body on the floor behind a vehicle," Boillat said. The two men left the building and watched as about 30 police cars responded.

"Thank God for being here because I thought I was going to get shot," Miller told the station.

Police are asking anyone who was at the scene and may have left for safety or for medical treatment to contact them to provide information on the shooting. 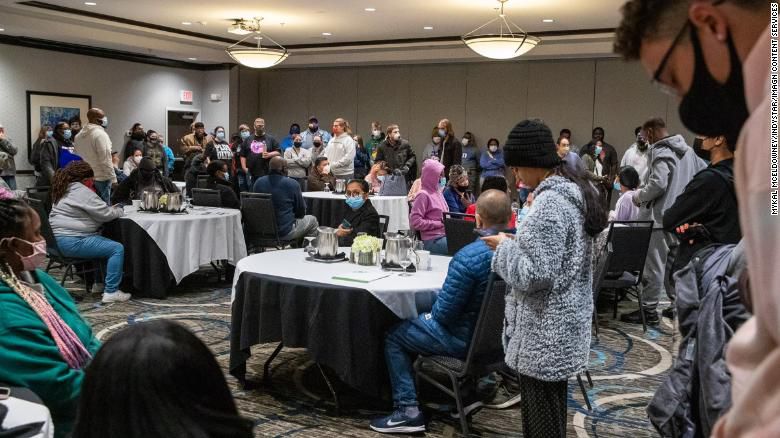 Family members await information about their loved ones.

FedEx said in a statement it is aware of the "tragic shooting" at the Indianapolis facility.

"Safety is our top priority, and our thoughts are with all those who are affected. We are working to gather more information and are cooperating with investigating authorities," company spokesperson Jim Masilak said in an email to CNN.

Indiana Congressman Andre Carson who represents the 7th District of Indiana, including Indianapolis, tweeted that he was heartbroken by the mass shooting.

"I am communicating with local authorities to get all details of the attack and my office stands ready to help everyone affected any way we can."

CNN's Joe Sutton and Keith Allen contributed to this report.