Elaine Edwards, the high school sweetheart of Edwin Edwards who served uneasily as his wife and first lady during his first terms as governor and was appointed by him to fill in as U.S. senator for three months, died Monday.

Elaine Edwards died of respiratory problems at the home of her daughter Victoria in Denham Springs, said Leo Honeycutt, who wrote an authorized biography of Edwin Edwards that was published in 2009.

Edwin Edwards released a statement several hours after she died, saying they were married for 40 years, "and she was a great asset to me as governor during my first three terms. She spent a great deal of time raising funds for the crippled children’s hospital in New Orleans, which was named for my mother. We are parents of four children and grandparents of numerous grand children and great grandchildren. I know she was very sick and suffered tremendously for the past few months and while her passing is sad, death was inevitable. My sympathy to my children."

In interviews during her husband’s heyday during the 1970s and 1980s, Elaine Edwards disclosed her loneliness in being married to a man singularly focused on politics, with time out for hunting or gambling in Las Vegas with his buddies and engaging in the extracurricular activities that earned him the reputation as the charming rogue who couldn’t resist the women who flocked to him.

As she got older, she developed her own identity, reveling in starting a small business producing custom-made dresses, even while serving as first lady during his third term in the 1980s, and later, after their 1989 divorce, moving to New York City to find occasional work as a soap opera actress.

Elaine Schwartzenburg clearly got far more than she bargained for after marrying the handsome but equally poor young man whom she met when both were students in Marksville. She was 20 when they married in 1949. He was 21.

She was shy and insecure, wanting nothing more than to fulfill a wife’s traditional role.

“All I wanted to do was get married and have babies and keep house,” she said in a 1984 Advocate story headlined, “First lady returning with new confidence,” as her husband was about to become governor for a third term.

Never in her wildest dreams, she said, did she imagine that her husband would become the state’s dominant political figure, in high demand everywhere he went. “But I said yes, for better or for worse.”

After Edwin Edwards graduated from LSU’s law school, they moved to Crowley where he began practicing law and began his political climb. It started with his election to the city council there in 1954, followed by his election to the state Senate, to the U.S. Congress and finally to the governor’s office in 1972.

Three months after they moved into the Governor’s Mansion, Allen Ellender, the long-serving U.S. senator, died. Edwards appointed his wife to fill the job temporarily.

“I’m excited just beyond words,” she told reporters. “This is a marvelous opportunity, and I accept it. But let’s have no misgivings. I’m not a United States senator.” 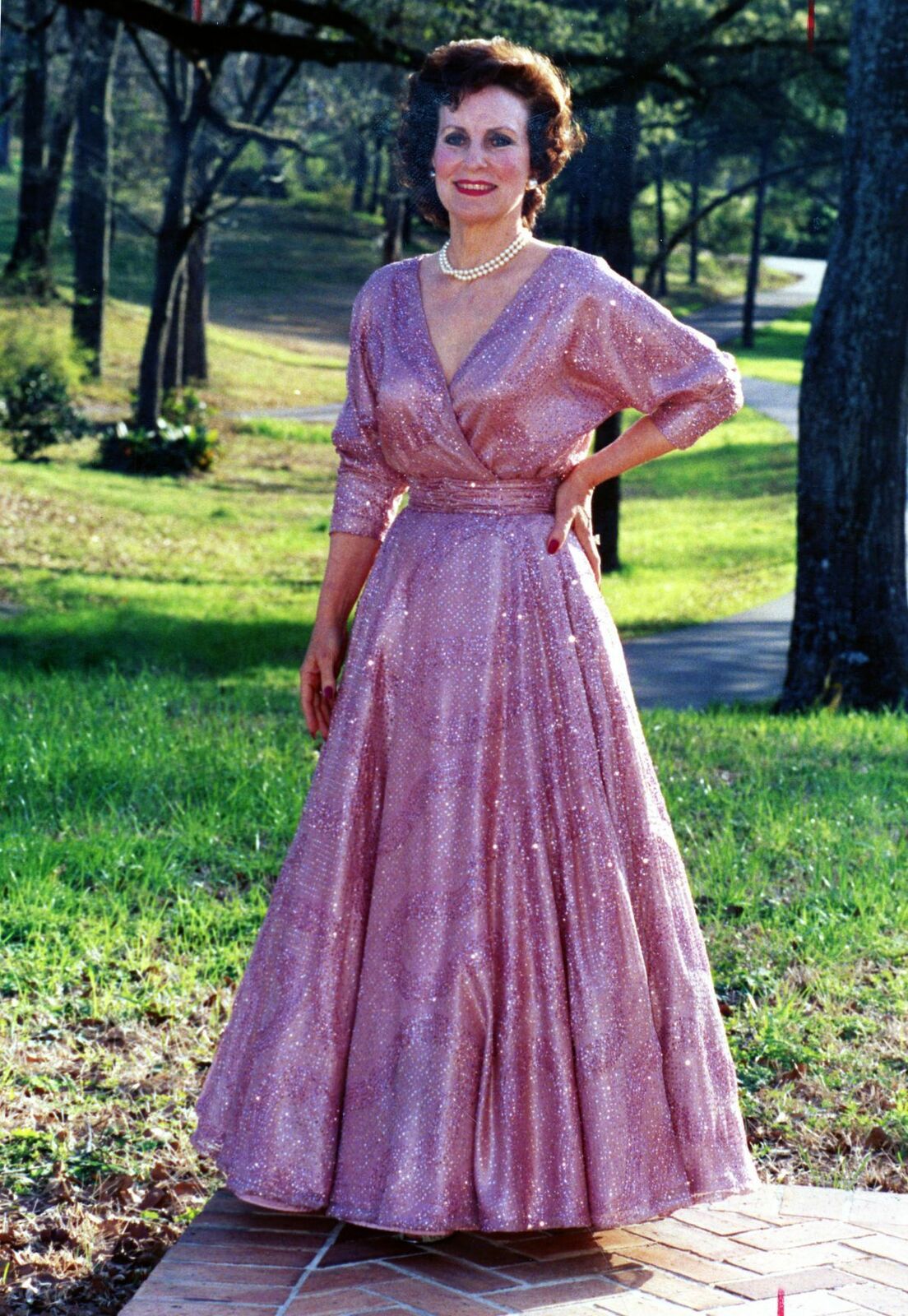 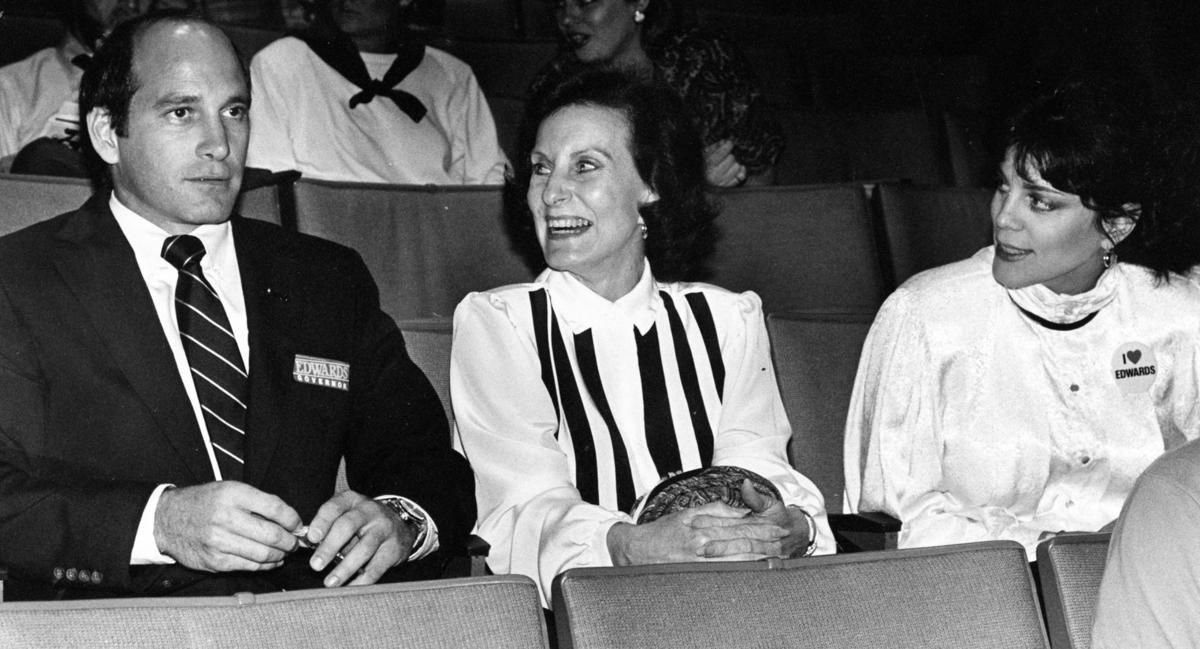 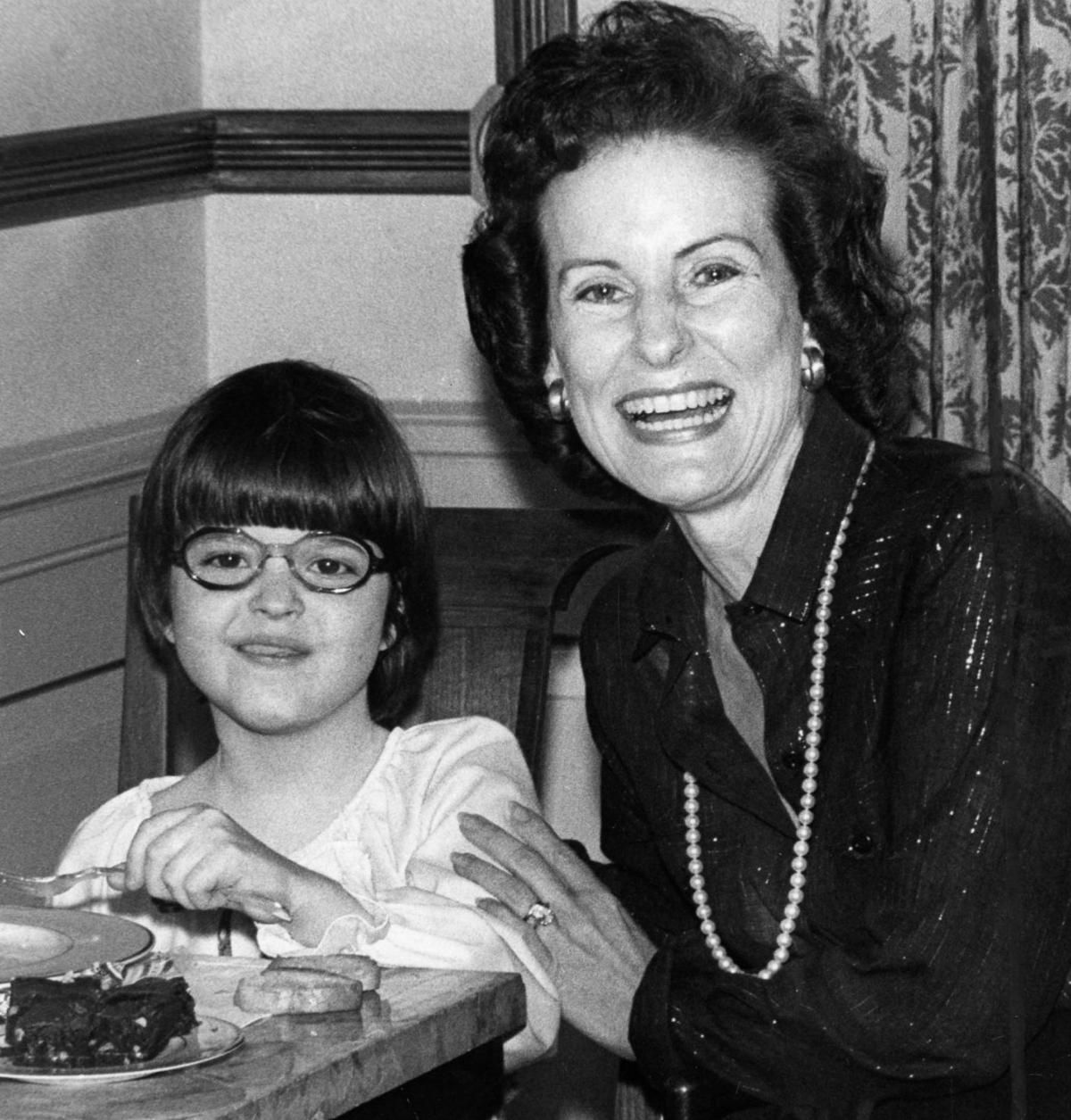 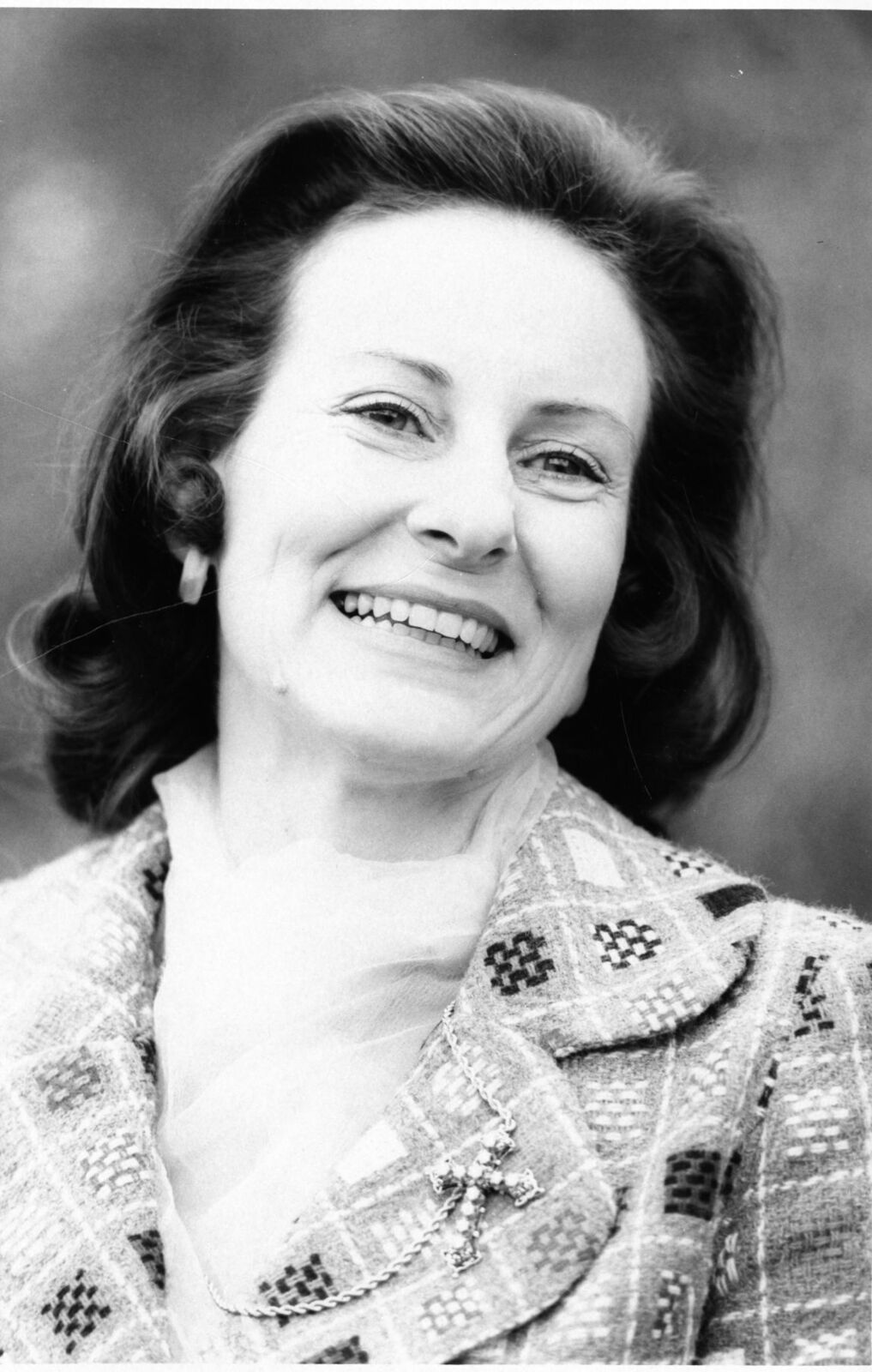 Elaine Edwards said she would seek the assistance of the state’s congressional delegation – including Sen. Russell Long – and noted that she knew her way around Washington from her husband’s six years in Congress.

“I’ll be able to get along just fine,” she said, and by all accounts she did until Ellender’s successor, J. Bennett Johnston, was elected in November 1972 and immediately replaced her.

After she returned to Baton Rouge, Elaine Edwards quickly despaired of life as first lady in the Governor’s Mansion. She wanted a home life and privacy. But she would come downstairs in the morning and find 10 men having breakfast with her husband.

“I’d find myself crying on the shoulders of the maid,” she said in the 1984 article. “It gets really lonely. The governor is gone for the day, and in (legislative) sessions, there are long, lonely days.”

In a 1979 article in Dixie magazine, she expressed revealing comments about herself and her husband.

The article reported that Edwards had told her that he was going away for the weekend and that she didn’t know where he was going. “But he’ll call me every night and tell me where he is,” Elaine Edwards said. “He does that religiously.”

She usually struggled to answer questions about his womanizing. But in the 1979 article, she gleefully recounted a Gridiron Show where Baton Rouge journalists mercilessly spoofed current events and people in the news.

“A group of women got up at the Gridiron Show dressed as prostitutes,” she recounted, “and sang, ‘My Heart Belongs to Edwin,’ and sang a word that rhymes with truck and the next line they said, ‘I know he likes to, mmmmm, govern.’

“Then I got on stage and said, ‘My heart belongs to Edwin, and he does know how to,’ and then I stopped. And the audience screamed, and I said, ‘govern.’ He turned the color of watermelon.”

Telling the story to the reporter, Elaine then displayed her frustration at living in her husband’s shadow. “They all thought I had someone ghostwrite that for me the night before. Now why can’t they accept that I did it? Why do I have to have a ghostwriter?”

After Edwards ended his second term in 1980, they moved into a house they built on Highland Road in Baton Rouge. By now, they weren’t used to spending time together. Bored, she started the dress-making business and later spoke of the enjoyment it provided her.

“She looks pleased, almost content,” The Times-Picayune reported in a 1983 profile. “She appears different somehow from the Elaine Edwards who lived in the Governor’s Mansion. The vulnerability remains, but she does not seem so brittle, so strained. Her face is softer. Her aquamarine eyes are more placid, and she smiles much more frequently.”

After her husband won a third term in 1983, she continued to live at her home and operate the dress business, while making some appearances as first lady.

Edwin Edwards lost his 1987 re-election bid to Congressman Buddy Roemer. Two years later, he asked his wife for a divorce.

“There were a lot of tears,” she told an interviewer in 1989. “He said he simply wasn’t happy. I said OK. My happiness is in making him happy.”

Elaine Edwards moved to New York City where she lived in an apartment down the hall from Victoria, and both of them had limited success seeking work as actresses. She later split her time between New York and Los Angeles, where she helped Victoria raise her son Christopher.