Hardy Krüger and Patricia Gozzi in Sundays and Cybèle, 1962, winner of an Oscar for best foreign language film. Photograph: Kobal/Rex/Shutterstock

In terms of quality, the 1950s was a poor period for West German cinema, still recovering from the second world war, but it was also the time when a number of German actors became known internationally – among them Curt Jürgens, Romy Schneider, Horst Buchholz, Maria Schell, and Hardy Krüger, who has died aged 93. They often played “good Germans” to counterbalance the Nazi stereotypes in the allied films of the 1940s.

The good-looking, boyish blond Krüger, having played romantic leads in lightweight films in his homeland, became the face of the new Germany most significantly in The One That Got Away (1957). This British film for J Arthur Rank, directed by Roy Ward Baker, and based on the true story of Franz von Werra, who escaped from an allied PoW camp, was one of the first to depict a sympathetic German character. Made only 12 years after the end of the war, the film forces the audience to identify with the German pilot, whose ambition is to get back to his squadron and cause more damage to Britain. This effect was achieved mainly through Krüger’s charismatic performance, both charming and cocky. Hardy Krüger as Franz von Werra in his 1957 film breakthrough, Roy Ward Baker’s The One That Got Away. Photograph: Rex/Shutterstock

After this great success, Krüger was cast in two more British films for Rank, Bachelor of Hearts (1958) and Blind Date (released in the US as Chance Meeting, 1959). The former was a likable romantic comedy set in Cambridge, where Krüger, convincingly naive, is a German exchange student trying to understand the strange rituals of the university. Blind Date, in contrast, was a gritty thriller, directed by Joseph Losey, in which Krüger is a Dutch painter in London who becomes embroiled in a political scandal.

It is striking that in all three of the Rank movies audiences were asked to sympathise with the foreign character against the British.

Krüger’s international career now truly launched, the next two decades saw him in American, British, French, Italian and Spanish productions. In 1962, he made his Hollywood debut in Howard Hawks’s Hatari!, shot in east Africa, which gave Krüger second billing under John Wayne. Wayne heads an international team of hunters, with Krüger as the crack shot and rival of Gérard Blain for the attentions of Michèle Girardon. 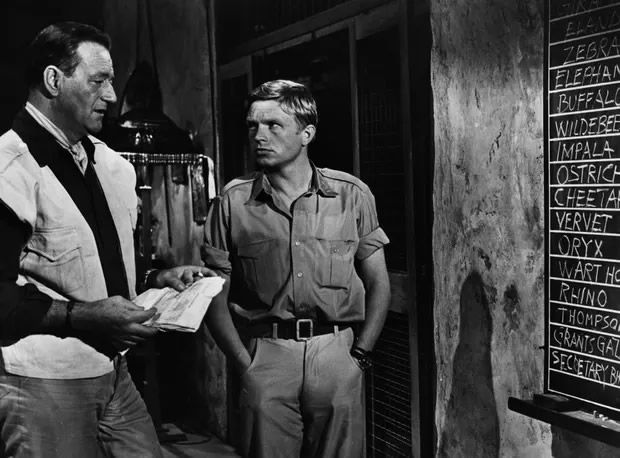 Krüger was so taken with Tanganyika (now Tanzania) that he built a small bungalow hotel on the site of the film’s location to which he could escape from time to time and where tourists could see the animals. He sold it in 1979 because of political unrest.

In Sundays and Cybèle (1962), the surprise winner of the foreign language film Oscar, Krüger played a former pilot suffering from amnesia who forges a friendship with a young orphan girl (Patricia Gozzi) in a small town near Paris. But when they innocently spend Christmas together in the woods, he is suspected of assaulting her. The warm playing of Krüger and Gozzi as the odd couple helped counteract some of the self-conscious charm and aesthetics of Serge Bourguignon’s direction. 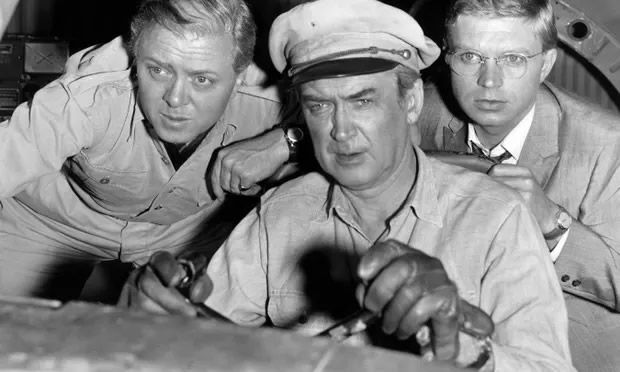 In Robert Aldrich’s The Flight of the Phoenix (1965), Krüger was outstanding in a cast that included James Stewart, Peter Finch and Richard Attenborough. As one of the survivors of a plane that crash-lands in the Sahara, he convinces the others that he can build a single-engine plane from the wreckage.

Krüger’s cool East German spy created a fine contrast to the nervous performance of Montgomery Clift (in his last role) as a CIA agent in the murky cold war thriller The Defector (1966). As a German captain in Stanley Kramer’s raucous comedy The Secret of Santa Vittoria (1969), set in an Italian village under German occupation, Krüger brought a lightness of touch missing from the other characterisations, especially the two leads, Anthony Quinn and Anna Magnani. 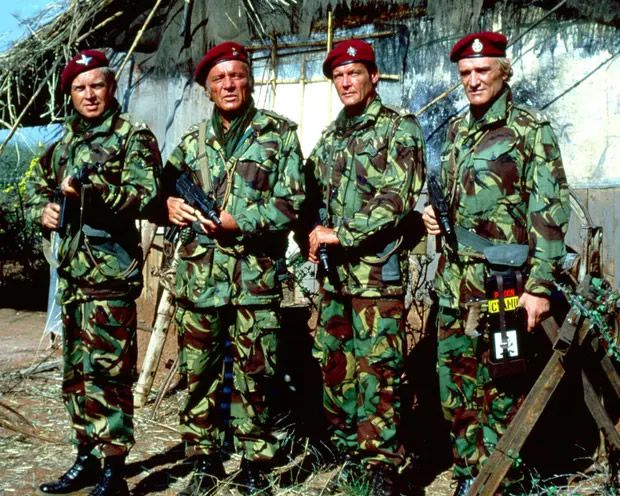 Other notable appearances came in The Red Tent (1971), Paper Tiger (1975), Barry Lyndon (1975), A Bridge Too Far (1977) and The Wild Geese (1978), in the last of which Krüger played Pieter Coetzee, an Afrikaner mercenary. He was back in German uniform for one of his last roles, as Field Marshal Erwin Rommel in the US miniseries War and Remembrance (1988), based on Herman Wouk’s novel.

Krüger was born in Berlin. His parents, Max Krüger, an engineer, and Auguste (nee Meier), were ardent supporters of Hitler and sent their son to an elite Nazi school. Like a majority of young German boys, he became a member of the Hitler Youth movement. “The scars on my soul survive,” Krüger said later. “An almost exaggerated desire for justice arose in me since that time.”

Billed as Eberhard Krüger, he made his film debut in The Young Eagles (1944), one of the last films made in Nazi Germany, set mainly at an aircraft factory. Krüger played a young apprentice working overtime to help build planes for the war effort. On set, Krüger learned from older actors more about the horrors of Nazi rule.

While still a teenager, in 1945 he was drafted into the SS “Nibelungen” Division. “I knew the war was lost,” he told the Bild newspaper in 2006. “I knew that there were concentration camps and that the Nazis were a bunch of criminals.” He deserted and was captured by American forces. Many years later, during the filming of the war epic A Bridge Too Far, in which he portrayed a Nazi general, Krüger wore a topcoat over his SS uniform between takes because he “hated that Nazi uniform” and so as “not to remind myself of my childhood in Germany”. Hardy Krüger with Maximilian Schell in A Bridge Too Far, 1977, in which he portrayed an SS officer. He covered up his costume between takes and said he ‘hated that Nazi uniform’. Photograph: Moviestore/Rex/Shutterstock

From the early 1950s, Krüger appeared in two to three films a year, mainly escapist stuff strictly for home consumption – his sincere charm pervading them all. In 1953, the director Otto Preminger decided to make both an English and a German language version of the romantic comedy The Moon Is Blue. The German version, Die Jungfrau auf dem Dach, starred Krüger and Johanna Matz in the roles originally taken by William Holden and Maggie McNamara, and each couple made cameo appearances in the other film. Krüger thereafter increasingly pursued international roles.

He had a second career as a writer of novels, short stories and memoirs. He also became a campaigner against rightwing violence. In 2001, Krüger was made an officer of the Légion d’honneur, one of the few German actors to have received the French decoration.

Two marriages ended in divorce. He is survived by his third wife, Anita Park, by a daughter, Christiane, from his first marriage, to Renate Densow, and by two children, Malaika and Hardy Jr, from his second marriage, to Francesca Marazzi.