Connexion + Créer mon blog
Rome CNN  —  Cardinal George Pell, the most senior Catholic official to be convicted of child sex abuse before the ruling was overturned in 2020, has died, according to his secretary. He was 81. Pell served as treasurer of the Vatican. Getty Images

Born in the regional city of Ballarat, Australia, on June 8, 1941, Pell rose through the ranks of the Roman Catholic Church to become Vatican treasurer, considered by many to be the third most senior position within the church.

He served in that role from 2014 to 2019 in charge of Pope Francis’ financial reforms, which largely stalled when he was called back to Australia to face allegations of historical sex abuse.

Pell was convicted of those charges in 2018 and served 13 months in prison before Australia’s High Court overturned his conviction in April 2020. Pell strenuously denied the charges, which he dismissed in a 2016 police interview as a “product of fantasy.”

In its two-page summary of the ruling, the High Court said that the jury “ought to have entertained a doubt as to the applicant’s guilt” and ordered that the convictions be quashed.

In a statement, the Archbishop of Sydney Anthony Fisher expressed sadness at Pell’s death. “This news comes as a great shock to all of us. Please pray for the repose of the soul of Cardinal Pell, for comfort and consolation for his family and for all of those who loved him and are grieving him at this time,” he said in a Facebook post.

When asked about Pell’s death on Tuesday, Australian Prime Minister Anthony Albanese said he’d extended his condolences to Fisher on behalf of the government. “For many people, particularly of the Catholic faith, this will be a difficult day and I express my condolences to all those who are mourning,” he said.

Pell is a divisive figure in Australia and many on Twitter used the occasion of his death to express their support for the survivors of child sex abuse.

Rise through the church

Pell was ordained a Catholic priest in December 1966 and subsequently studied in Rome, Oxford, and Cambridge.

He returned to Australia in 1971 and for the next two decades served as a priest in small parishes in Victoria and New South Wales.

In 1996, Pope John Paul II made him archbishop of Melbourne, where Pell put in place one of the earliest programs in the Catholic Church to address sex abuse accusations, called the Melbourne Response. Critics say it was geared to prevent scandal and could have been more generous to victims.

Pell became archbishop of Sydney in 2001 and cardinal in 2003, both under John Paul II, and as a member of the College of Cardinals, he was among the group of senior church officials who elected the late Pope Benedict in 2005 and Pope Francis in 2013.

In 2014, Pell moved to Rome after Pope Francis handpicked him to serve as treasurer of the Vatican and one of nine advisers on the Council of Cardinals to the Pope.

Pell was also outspoken about his views against same-sex marriage, abortion and contraception.

At the Fota VIII International Liturgy Conference in Cork, Ireland, in 2015, Pell said Western society was abandoning many of its Christian legal foundations by passing same-sex marriage laws. 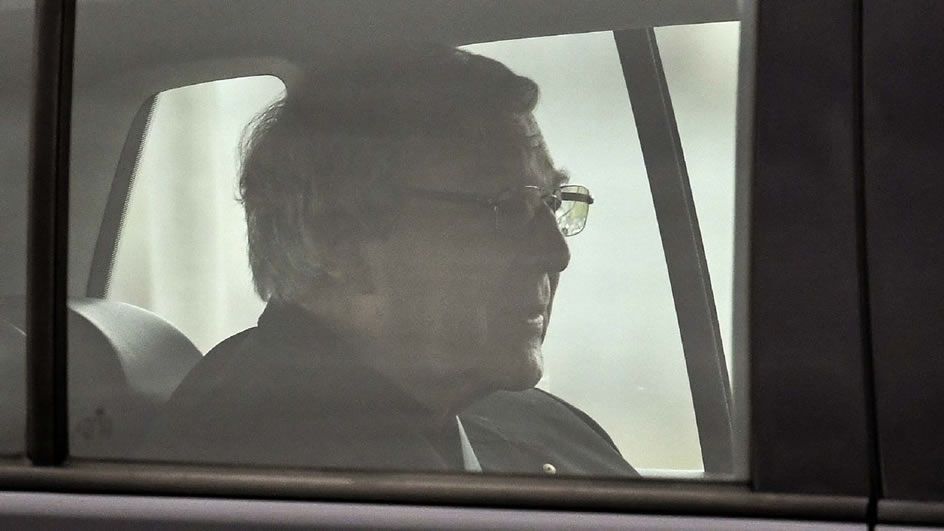 Australian Cardinal George Pell leaves after being released from Barwon Prison near Anakie, some 70 kilometers west of Melbourne, on April 7, 2020. WILLIAM WEST/AFP/Getty Images

During his time in prison, he wrote a diary that was later published in Italian by Cantagalli Publishing House. He said he was kept in solitary confinement for his own protection and called sex abuse within the church “a kind of spiritual and moral cancer,” Vatican News reported.

Pell appealed the verdict which was upheld by Victoria’s Court of Appeal. His legal team then took the matter to Australia’s High Court, and in 2020 the High Court ruled that the appeal judges had made an error in their evaluation of the case.

The High Court ruled that they should have found the jury must have entertained some doubt as to Pell’s guilt. The court then ruled his conviction on five counts of historical child sex abuse should be overturned. Rulings by the country’s highest court can’t be challenged.

On Tuesday, lawyers representing the family of the deceased former choirboy said despite Pell’s death they would be pursuing their civil claim over the allegations against the Catholic Archdiocese of Melbourne and Pell’s estate.

“A civil trial likely would have provided the opportunity to cross-examine Pell, and truly test his defense against these allegations,” the statement from Shine Lawyers said. “There is still a great deal of evidence for this claim to rely on, and the court will be asked in due course to make its ruling on that evidence,” it added.

Albanese said the Department of Foreign Affairs and Trade was providing assistance to bring Pell’s body back to Australia, where his remains will be buried in the crypt of St Mary’s Cathedral in Sydney.