Does Russian President Vladimir Putin think he's losing the war in Ukraine? Does the West need to help him to save face? Does he risk a coup? Is he afraid of anti-war protests? Nothing of the sort, says Tatiana Stanovaya, founder of the Paris-based think tank R.Politik. 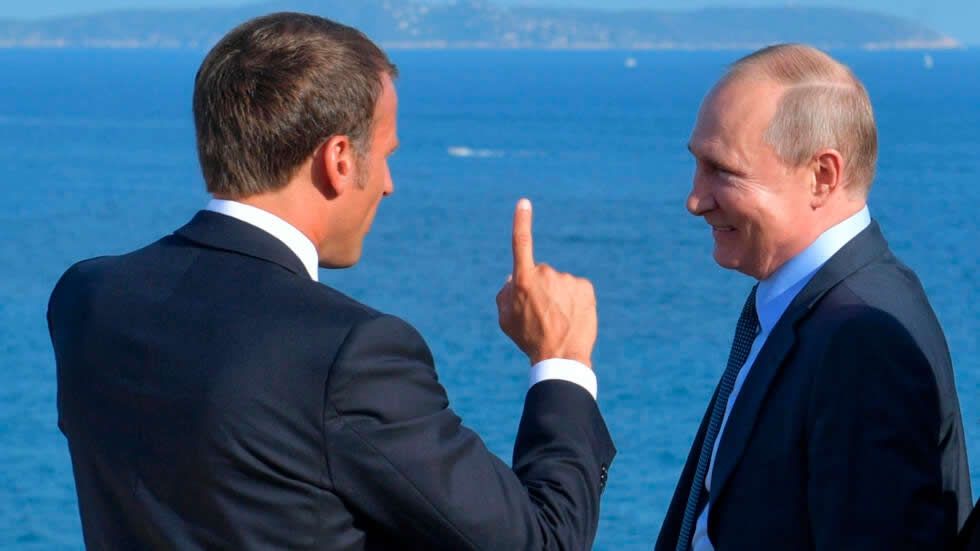 In the article "What the West (still) gets wrong about Putin," published on the website of the Foreign Policy magazine on 1 June, Stanovaya debunks Russian assumptions by western observers that she says blur our understanding of the situation surrounding the crisis in Ukraine.

"The fact is that most of today's discussions over how to help Ukraine win on the battlefield, coerce Kyiv into concessions, or allow Russian president Vladimir Putin to save face, have little in common with reality," she writes. RFI talked to her.

For Putin, the most important thing was to shake the worldorder to demonstrate to the US as a leader of the collective West that the world will never be as it was before, and that Russia can impose its own rules.

RFI: The first assumption you describe in your article is that Putin thinks he is losing the war. He had to pull back from Kyiv and other places, and progress in Donbas is only very slow. But what is his real aim here?

TS: For Putin, the most important aim was to shake the world order to demonstrate to the United States, as a leader of the collective West, that the world will never be as it was before, and that Russia can impose its own rules.

The goal was lure the West into a dialogue about Russian concerns. When this failed, in January, for Putin only one option remained: war.

This war is a tool for Putin to sow chaos and to force the world to think twice and to try and find a way to rebuild an order and rebuild new roles of international policy.

RFI: What does Putin want from the West?

TS: He believes that the Cold War finished in a way that was catastrophic for Russia. That the West never took any Russian concerns about strategic issues serious. For example, enlargement of Nato. All attempts by Russia to engage in such a dialogue were ignored by the West. RFI: The second you describe is that the West thinks it should help Putin "save face," and find a way out, thus also decreasing the threat of a nuclear war.

Recently French President Emmanuel Macron said in an interview with La Dépeche that Putin shouldn’t be humiliated, a statement which was fiercely criticised by the Ukrainian foreign minister. Was Macron right?

Russia must not be humiliated despite Putin's 'historic' mistake - Macron https://t.co/zyWsSG8Omw pic.twitter.com/HhQG6kNH7t

TS: Absolutely not. Putin doesn’t seem at all as someone who must be saved or as someone who needs help or assistance. He feels himself much stronger than Western leaders.

We can even see some arrogance from the Russian leadership and Putin personally. He believes that the West is doomed. He thinks that it’s him who managed the situation. Of course, there have been some setbacks and problems.

But he believes that it is him who is changing the world now. And it is the West which must adapt itself to this new world and to respect Russia. He doesn’t need to be saved.

RFI: In her first public interview since leaving office, with Der Spiegel on 7 June, former German chancellor Angela Merkel said that the current situation was also created because the West was divided.

That it had failed to put a good security structure in place that would deter Putin from invading Ukraine. Putin has always repeated that he wants what he calls "security guarantees" and was always against Nato’s eastward expansion.

What is a security arrangement that would be acceptable for both Moscow and the West?

TS: For now, none. I don’t see how the West and Russia can achieve any deal this day. But the most interesting question is that if last year, when Russia spoke about this ultimatum to the West and he demanded guarantees about Nato and the West would have accepted it, would there still be war? I’m not sure.

Putin would have been more reluctant to wage a war: it is him who tried to talk in detail with the West to find a solution. But the problem is that the Russian elite, the conservative camp, are much more hawkish than Putin.

And if the West would accept Putin’s ultimatum, there would be a new discussion in Russia whether to accept an agreement with the West. And at the end of the day I’m not sure that Russia will be ready to sign anything with the West.

Even if for Putin it would be a deal of the century.

Putin today has a limited corridor to act and I’m afraid that he is not so free to decide whatever he wants. He depends to some extent on sentiments (that play among) the Russian elite.

RFI: Merkel said that the Minsk Agreements gained Ukraine some time. She implies that Ukraine grew into a more robust democracy and that it was that fact which made Putin even more concerned about losing Ukraine. Do you agree with that?

TS: It has been very irritating for Putin. And the way Ukraine developed is important. But much more decisive was the fact that Ukraine started to develop relations with members of Nato and with Nato in general.

The problem changed from the risk that Ukraine can join Nato one day, into Nato already being inside Ukraine.

RFI: France's role as leader of the EU troika will come to an end on 30 June. What can Paris still do in dealing with the Ukraine conflict after that?

TS: By now all the efforts made by Paris to try and find a way to have a dialogue with Putin resulted in failure. Moreover, it fuels Putin’s disappointment with the European elite and he just reassured himself that there is nothing to talk about with European leaders, and especially with the French President.

Just because there is zero understanding of Russia, of Russian concerns, and of the nature of Russian actions against Ukraine.

Putin thinks that France is just seeking to boost its own importance in Europe. It is all about France. It is not about Russia, so it only angers Putin. He feels that he is used by Macron who plays his own game and address himself to a French and European audience.

Putin doesn’t like to be played. It has nothing to do with the conflict in Ukraine. And if Macron really wants to help to solve this problem, and to stop the war, he can talk only about Russian concerns, strategical concerns, and in this case, Russia may listen to him. But we don’t see it. The distance between Russian President Vladimir Putin and French President Emmanuel Macron in Moscow was symbolised by a 6 meter long table between them. Leaders are pictured here in the Kremlin, February 7, 2022, just over two weeks before Russia would invade Ukraine. via REUTERS - SPUTNIK