PARIS— For the first time, France is putting one of its own on trial for crimes against humanity during World War II, in a case certain to evoke painful memories and reopen old wounds. 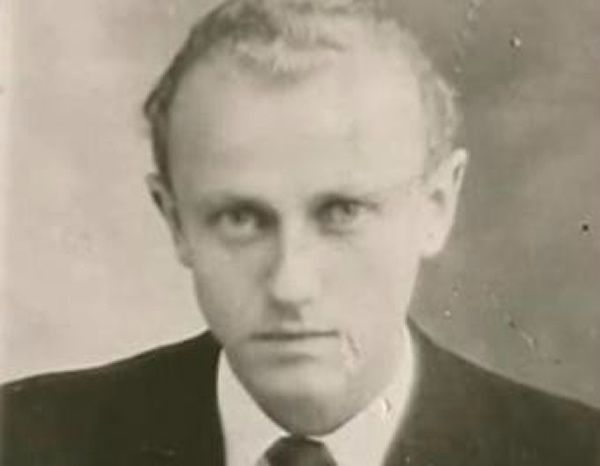 Paul Touvier, 78, will appear before the court at Versailles next Thursday, charged with murdering seven Jews - one of the many crimes he is accused of committing as a leader of the pro-Nazi French militia in Lyon during the war.

Mr. Touvier was the French intelligence aide to Klaus Barbie, the Gestapo chief in the city, who was tried in 1987 for war crimes and sentenced to life imprisonment. Barbie died in 1991.

For 45 years, Mr. Touvier was supported and concealed by Roman Catholic organizations after he was twice sentenced to death in absentia for collaborating with the Nazis. He even spent some time in the Vatican as the protégé of a French church official, Charles Duquaire, who petitioned President Charles de Gaulle to pardon Mr. Touvier.

But in 1971, President Georges Pompidou pardoned Mr. Touvier, at the request of Gabriel Marcel, the Christian existentialist philosopher. The revelation of this months later, and the discovery that Mr. Touvier was living under a false name with a wife and two children, caused a scandal. Mr. Marcel said that he had been misled by Mr. Touvier about his wartime role, and that he regretted his intervention.

Mr. Touvier immediately went into hiding with the help of his religious supporters. He was arrested in May 1989 at a monastery in Nice run by followers of the ultra-traditionalist Archbishop Marcel Lefebvre.

According to the historian René Rémond, who investigated the affair on behalf of the present archbishop of Lyon, Cardinal Albert Decourtray, Mr. Touvier's supporters saw him as "the victim of a conspiracy by the eternal enemies of the true faith: Freemasons, Jews, Communists, democrats."

Mr. Rémond's report, issued in January 1992, said Mr. Touvier had been supported by some 50 church institutions, ranging from extreme conservatives to mainstream groups like the Benedictines, Jesuits and Dominicans. Mr. Rémond revealed that Mr. Touvier had received a regular income from the Catholic charity Secours Catholique.

But in April 1992, a court found that there was no case against Mr. Touvier on the ground that the pro-Nazi Vichy regime was not a totalitarian state. It said the execution of the seven Jews was a tragic accident of war rather than part of a methodical plan of extermination.

That decision was overturned on appeal by the chief prosecutor of Paris, Pierre Truche. Although Mr. Touvier, an ailing, baggy-eyed old man, faces life imprisonment, legal sources said the important thing now was not punishing him, but establishing the truth about his wartime activities. In doing so, the trial could cast new light on the degree of cooperation between French authorities under Vichy and the Nazi German authorities.

"Although historians have known it for a long time, the French are waking up to the fact that there were concentration camps in France," said Sabine Zeitoun, the curator of the historical center in Lyon dealing with the resistance and the deportation of more than 200,000 French citizens.

"They now know that the Vichy regime closely collaborated with Germany, that it anticipated German orders with its own statute on the Jews in 1940, and the roundup of the Jewish people in France was carried out entirely by French police."

The trial also may shed light on anti-democratic and anti-Semitic tendencies in the Roman Catholic Church, and the relations between part of the church hierarchy and the extreme rightist National Front, according to political observers.

The trial will be videotaped, as was Barbie's, for consultation by future historians.

Mr. Touvier is being prosecuted under the new French penal code, introduced this month, which establishes crimes against humanity as a specific category with no statute of limitations.

He is specifically accused of murdering seven Jewish hostages at Rillieux-la-Pape on June 29, 1944, after the assassination of Philippe Henriot, secretary of state for information in the Vichy regime.