‘Hitler’s Children’ looks at the Holocaust from a much-needed and very different perspective. 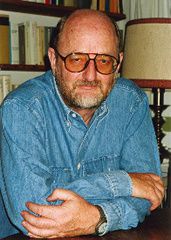 The Torah enjoins us to honor our parents. But if your forebears were monstrous criminals who killed hundreds of thousands, even millions, what is your responsibility? As Katrin Himmler, Heinrich Himmler’s grand-niece, says in the new documentary film “Hitler’s Children,” “At what point does it become impossible to love those parents?”

The film, directed by Israeli documentarian Chanoch Ze’evi, is as cunningly structured as a good thriller, and just as taut. Ze’evi moves deftly between five descendants of infamous Nazis, parceling out revelations judiciously. Aided in no small part by the crisp editing of Arik Lahav Leibovitz, “Hitler’s Children” is a much-needed and too-brief look at the Shoah from a different point of view. The film opens Friday, Nov. 16.

The five subjects of the film are Niklas Frank, son of Hans Frank, the head of the occupation government of Poland; Himmler, grand-niece of the SS and Gestapo head who was one of Hitler’s closest associates; Bettina Göring, grand-niece of Herman, the head of the Luftwaffe and a central figure in the Nazi regime; Rainer Hoess, grandson of the Auschwitz commandant Rudolf; and Monika Hertwig, daughter of Amon Goeth, the commander of the Plaszow concentration camp, and a central figure in “Schindler’s List.” While their reactions to their families’ dark past is uniformly negative, ranging from strong distaste to outright revulsion and loathing, those reactions manifest themselves in wildly different ways.

Frank was 8 years old when his father was executed after being found guilty at the Nuremburg tribunal. He has written a scathing book about his father and his crimes; he travels across Germany and Austria giving readings and talks to school groups. Frank by nature as well as name, he is blunt, even profane in his denunciation of the Nazis and his father’s role. Yet one comes away from the film with a strong sense that his compulsive need to re-enact this denunciation has gradually transformed itself from an ethical crusade into a ritual of self-cleansing and self-abasement.

By contrast Göring, who now lives in Santa Fe, N.M., seems to have sought out a kind of refuge; her life is a mixture of New Age isolation and nostalgia for an older German folk culture untainted by the events of the 1930s and ’40s. Both she and her brother chose to be sterilized rather than carry on the family name. “I inherited their s--t,” she says bluntly. “There won’t be any more Görings.”

Himmler, like Frank, has written and published a family history, “The Himmler Brothers.” Also like Frank, her publication divided  surviving family members, as did Frank’s but probably no more so than did her marriage to an Israeli son of survivors.

Hertwig seems deeply haunted by the gradual process of learning about her father. More than any of the other participants in the film, she seems a badly damaged adult; her affliction is emphasized by Ze’evi’s pitiless close-ups of her deeply lined face with its death-haunted, staring eyes and her tremulous voice and quivering lips. She seems to relish recounting stories of confiding her identity to a local bar owner who was a victim of her father’s sadism, and her shocked reaction to Spielberg’s vision of her father as casual tormentor.

Perhaps the central figure of the film, though, is Rainer Hoess, who is obsessed with a package of photos left by his father. They reveal the apparently idyllic childhood he enjoyed in the commandant’s villa adjoining Auschwitz. There is a photo of a gate that leads to the camp, “the gate to Hell,” Rainer calls it, a particular talisman for Rudolf’s grandson. “They must have looked through that gate,” he says of his father and his aunts. “What did they see? What did they know?” He goes to Auschwitz to find some kind of answer, accompanied by his friend Eldad Beck, the Berlin correspondent of Yediot Achronot and a third-generation survivor, many of whose family members were murdered there. In the course of their trip to the death camp, Rainer finally looks through that gate himself. He also meets a group of young Israeli students and, when asked what he would say to his grandfather today, he replies, “I would kill him myself.”

The great achievement of “Hitler’s Children” is not merely a cinematic one — keeping the film moving between its five protagonists so gracefully without short-changing any of their stories. That is a considerable feat itself, but the real triumph of the film is in its larger thematic quest, a pitiless attempt to show what happens to people who are forced to try to normalize and understand the uniquely atrocious circumstances of their upbringing, to examine what Niklas Frank calls “a happy childhood in a sea of blood.”

As Frank bitterly tells the filmmakers, “We really must do justice to parents like that, yes.”