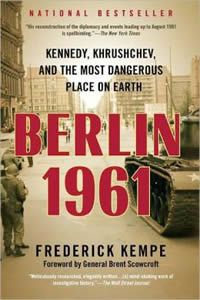 A fresh, controversial, brilliantly written account of one of the epic dramas of the Cold War-and its lessons for today. "History at its best." -Zbigniew Brzezinski

"Gripping, well researched, and thought-provoking, with many lessons for today." -Henry Kissinger

"Captures the drama [with] the 'You are there' storytelling skills of a journalist and the analytical skills of the political scientist." - General Brent Scowcroft

In June 1961, Nikita Khrushchev called it "the most dangerous place on earth." He knew what he was talking about.

Much has been written about the Cuban Missile Crisis a year later, but the Berlin Crisis of 1961 was more decisive in shaping the Cold War-and more perilous. For the first time in history, American and Soviet fighting men and tanks stood arrayed against each other, only yards apart.

One mistake, one overzealous commander-and the trip wire would be sprung for a war that would go nuclear in a heartbeat. On one side was a young, untested U.S. president still reeling from the Bay of Pigs disaster. On the other, a Soviet premier hemmed in by the Chinese, the East Germans, and hard-liners in his own government. Neither really understood the other, both tried cynically to manipulate events. And so, week by week, the dangers grew.

Based on a wealth of new documents and interviews, filled with fresh- sometimes startling-insights, written with immediacy and drama, Berlin 1961 is a masterly look at key events of the twentieth century, with powerful applications to these early years of the twenty- first.

Interviews & Essays A Conversation with Frederick Kempe Author of BERLIN 1961 What led you to write this book? 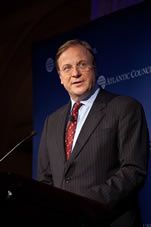 Meet the Author Frederick Kempe is the editor and associate publisher of The Wall Street Journal Europe and the founding editor of the Central European Economic Review. A well-known American commentator in Germany, he is also the author of Divorcing the Dictator, a book about America and Noriega featured on the cover of Newsweek, and Siberian Odyssey.