“Who the hell is Ken Dahlberg?” President Richard M. Nixon asked on June 23, 1972, his voice captured on tape in the Oval Office. He would find out soon enough. Without Kenneth H. Dahlberg, Nixon might not have become ensnared in the Watergate scandal and been forced to resign. 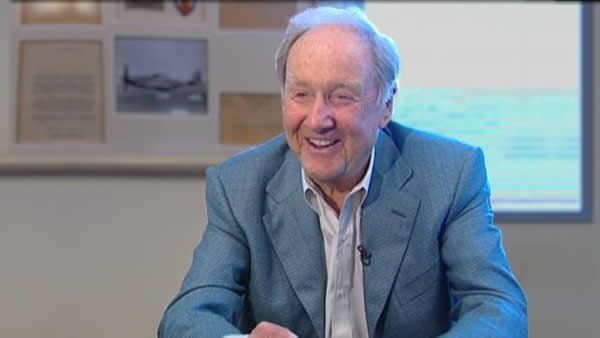 Kenneth H. Dahlberg, Link in the Watergate Chain, Dies at 94

Mr. Dahlberg, who died on Tuesday at 94, became the unwitting link between the Nixon re-election campaign and the five men who, only days before Nixon’s remark, were charged with breaking into the Democratic National Committee headquarters at the Watergate complex in Washington.

He had been a fund-raiser for Nixon’s re-election campaign, and his name was on a $25,000 cashier’s check that had been deposited in the bank account of one of the burglars, Bernard L. Barker. The money was to help cover the burglars’ expenses, and Mr. Barker had withdrawn that amount in $100 bills. He was carrying more than $5,000 when he was arrested on June 17.

Bob Woodward, a young reporter for The Washington Post who with Carl Bernstein unraveled the Watergate affair, has called the Dahlberg check the “connective tissue” that turned what they thought was a story about a common crime into one of historic dimensions.

Nixon professed not to know who Mr. Dahlberg was, but he was in fact a prominent Minnesota businessman, Republican fund-raiser and former war hero. He sided with Republicans because he thought they, more than Democrats, understood the problems of business. He had raised money for Senator Barry M. Goldwater’s presidential campaign in 1964 and Nixon’s in 1968.

In 1972, Mr. Dahlberg was head of Midwestern fund-raising for the Nixon re-election campaign when he was approached by his friend Dwayne Andreas, who had turned the Archer Daniels Midland Company into a farm-products giant. Mr. Andreas wanted to contribute to the Republicans, but he also wanted to conceal it from his friend Hubert H. Humphrey, the Democratic senator and former vice president.

Hoping to avoid disclosing the contributions under new campaign finance laws, Mr. Andreas gave $25,000 to Mr. Dahlberg. Mr. Dahlberg converted the money into a cashier’s check written to himself and gave the check to Maurice Stans, finance chairman for the Nixon campaign.

The check ended up in the account of Mr. Barker, a Cuban-American former C.I.A. agent, in a bank in Boca Raton, Fla. Mr. Dahlberg later said that he had no idea how the money got there. He was never charged.

The Barker account, and the Dahlberg check, came to light after a Miami prosecutor, Martin F. Dardis, received a tip from a police friend in Washington that the bills Mr. Barker had carried were brand new and numbered consecutively, suggesting that they had come from a bank. Mr. Dardis traced the bills to the Boca Raton bank and subpoenaed its records to learn the identities of Mr. Barker and Mr. Dahlberg.

By then, Mr. Woodward and Mr. Bernstein were pursuing the story. Meeting with Mr. Bernstein in Miami, Mr. Dardis told him of the Dahlberg connection. “We’re still trying to find out who this Dahlberg guy is,” the reporters quoted Mr. Dardis as saying in their 1974 book, “All the President’s Men.” “You ever hear of him?”

Unable to reach Mr. Dahlberg at his home in Boca Raton and having no other number, Mr. Woodward, in Washington, asked a Post librarian to see if there was anything on Mr. Dahlberg in the paper’s files. The librarian found a picture of Mr. Dahlberg with Mr. Humphrey. Mr. Humphrey was from Minnesota. On a hunch, Mr. Woodward called information in Minneapolis and got a number for a Kenneth H. Dahlberg. Mr. Dahlberg answered the phone, acknowledged the $25,000 check and, saying, “I know I shouldn’t tell you this,” according to the Woodward-Bernstein book, proceeded to reveal that he had given the check to Mr. Stans.

On Aug. 1, The Post was able to report the connection between a Nixon fund-raiser and a Watergate burglar. In the book, Mr. Woodward and Mr. Bernstein recounted what Barry Sussman, the city editor, said as he edited the article: “We’ve never had a story like this. Just never.”

Kenneth Harry Dahlberg, whose family said he died at his home in Deephaven, Minn., was born in nearby St. Paul on June 30, 1917. He grew up in rural poverty in Wisconsin. In World War II, serving in the Army Air Forces, he was a flight instructor with Mr. Goldwater, sharing a tent with him in Yuma, Ariz.

Mr. Dahlberg was a triple ace in the European theater, shooting down 15 German planes. He himself was shot down and captured three times, escaping P.O.W. camps twice. His many decorations included the Distinguished Service Cross, the Army’s second-highest award for bravery.

In business, Mr. Dahlberg started the Miracle-Ear Hearing Aid Company, which developed one of the first hearing aids to fit inside the ear; it was also one of the first consumer products to use transistors. He sold the company in 1994 for $139 million.

Mr. Dahlberg attended Nixon’s funeral in 1994, though he disapproved of some of the president’s behavior. He wrote in The New York Times in 1976: “The revelations of Watergate were so repulsive that I am grateful for their exposure.”