National Security: Kim Jong Il's death exposed — once again — the alarming deficiencies of the spider web of U.S. intelligence agencies. We should know from 9/11 that what we don't know can kill us. 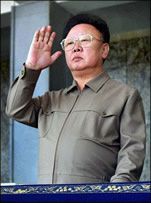 'What use are they?" Richard Nixon once asked regarding the Central Intelligence Agency, as recounted in Pulitzer Prize-winning journalist Tim Weiner's history of the CIA, "Legacy of Ashes." "They've got 40,000 people over there reading newspapers." Similarly, that hawk of hawks, onetime Senate Foreign Relations Committee Chairman Jesse Helms, liked to remind right-wing admirers of the CIA it was really "the military arm of the State Department," whose feckless diplomats routinely appease U.S. enemies. The death last week of perhaps the world's most oppressive dictator, North Korea's Kim Jong Il, is yet another big event that sideswiped America's many-tentacled espionage apparatus: The U.S. government apparently found out through North Korean state media.

During the Bush administration, we knew nothing about North Korea building a nuclear reactor within the Mideast terror state of Syria, in spite of North Korean government officials visiting the site regularly. Until, that is, as the New York Times noted this week, the chief of the Israeli Mossad dropped surveillance photos of the reactor onto the coffee table of Bush's national security adviser. The 9/11 attack, of course, remains the most conspicuous U.S. intelligence breakdown. And it inexcusably took nearly a decade to track and kill Osama bin Laden.

But consider the fact that on May 11, 1998, just days after CIA director George Tenet told an Agency pep rally, "I will not allow the CIA to become a second-rate organization," U.S. intelligence was blindsided again when India detonated an underground nuclear device. Before the end of the month, the country's hostile Islamic neighbor Pakistan had unexpectedly joined the nuclear club too, exploding five atomic bombs. Similar incompetence was on show back in September 1949 when the CIA declared that the USSR was at least four years away from a nuclear weapon — weeks after Moscow had already tested a bomb in the atmosphere.

Today's failures extend beyond ultraclosed societies like North Korea. The State Department last week admitted that U.S. officials "don't have any information at this point to corroborate" an Iranian-Venezuelan cyberplot that began in 2006, targeting the White House, FBI, CIA, Pentagon, National Security Agency and U.S. nuclear facilities, as a prelude to actual physical attacks. The scheme, to be launched out of Mexico, was exposed earlier this month — replete with secretly taped footage of Iranian and Venezuelan diplomats — in a documentary on Spanish-language TV network Univision.

And it was no James Bond out of Langley, but rather computer students at a Mexico City university who teamed up and infiltrated the hackers, thwarting their plans, according to Univision. When Mexican computer geeks outperform American spies, don't be surprised if another 9/11 is just around the corner — this time utilizing chemical, biological or even nuclear weapons.