Nuremberg, Dec. 16 (JTA) – he atmosphere in the court room here, where the leaders of the Third Reich are on trial for their lives, grew tense the past few days as American prosecutors submitted volume after volume of documents showing the Nazis' intent to wipe out the Jews of Europe, and the methods by which 6,000,000 were murdered. 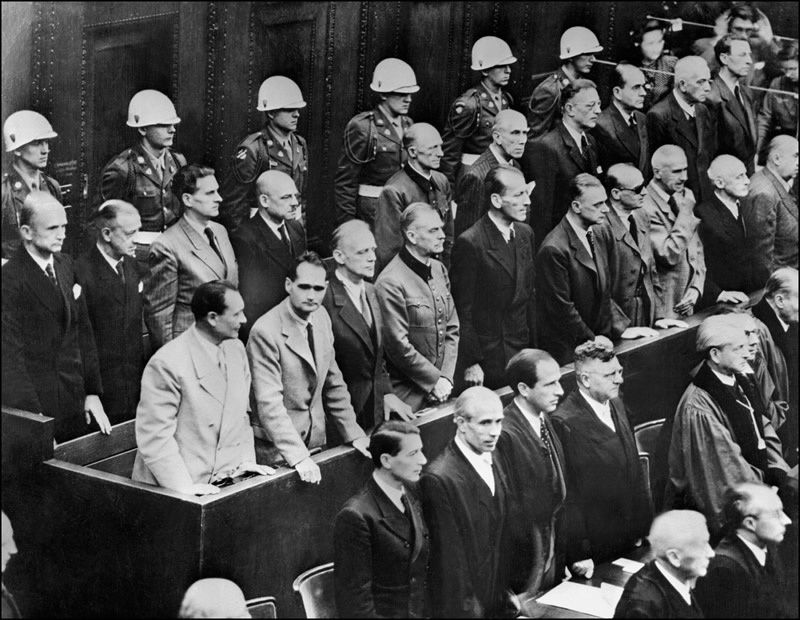 Herman Goering, whose name has figured prominently in the testimony, declared during a recess that "we are having an extremely difficult week." Another defendant, Ernst Kaltenbrunner, former head of the dread Security Police, also wilted as U.S. prosecutors Thomas Dodd, Major Frank Walsh and Capt. Sam Harris placed before the court affidavits from his subordinates describing how, following his orders, they murdered millions of Jews and other innocent civilians.

Hans Frank, one-time Nazi governor of Poland, whose program for ridding that country of Jews was read to the court, as well as Joachim Von Ribbentrop, Arthur Seyss-Inquart and Admiral Karl Doenitz, are also showing the efficer of the atrocity testimony, an American medical officer told this correspondent.

Major Walsh summarized the case against the Nazi leaders, as far as their anti-Jewish crimes are concerned, when he said; "Our evidence demonstrates conclusively that there was an express intent by the Nazi conspirators that no Jews should survive. The destruction by the Nazis of the historic, scientific and literary truths contributed to the world by Jews represents a loss to all humanity. The mind recoils from the incredible stories already detailed, but the facts are drawn from the enemy's own sources, and defy refutation of the charge that the annihilation of the Jewish people was a man-made objective of these conspirators."