Warsaw, Jun. 14 (JTA) – Political circles here had food for thought today in the cancellation by Marshal Pilsudski and President Moscicki of their receptions to Dr. Paul Joseph Goebbels, Nazi Minister of Propaganda, who arrived here yesterday to deliver a lecture on National Socialism. 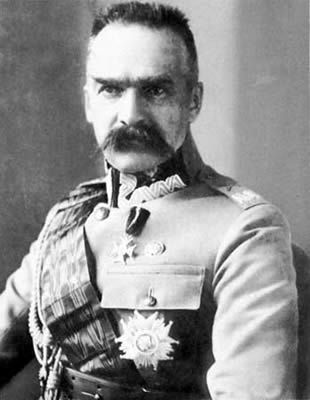 Positive action by the Polish government, taken today, seemed to indicate a positive stand and the commencement of positive measures to check the wave of anti-Jewish attacks which has reached threatening proportions.

Among steps taken by the government today were the dissolution of the Polish Nazi organization in Silesia and Wilno, the closing of four Nara group headquarters in Lodz, and the suspension of the Nara newspaper in Szatafeta.

It became known today that co-incident with the arrival here yesterday of Dr. Goebbels and the clearing from the streets by the police of all anti-Nazi elements, gangs of rowdies terrorized Jewish merchants and residents in the Praga suburb of Warsaw, smashed windows in Jewish homes and demolished Jewish stores. Four Jewish merchants were badly beaten by the Naras.

The first-aid station here reported today that seven Jews had been treated for knife wounds and beatings administered by the Naras.

Speaking last night, Dr. Goebbels denied that the Nazi party in Germany is administering a reign of terror to the Jews, or that terroristic methods are being used against the Jews living in the Reich.

The Nazi Minister of Propaganda and Public Enlightenment, speaking for an hour and a half in University Hall, of the University of Warsaw, devoted five minutes of his address to what amounted to an explanation of the position of his party on the Jewish question.

He asserted that the Jewish population of Germany had dominated in the liberal movement and in the professions to an extent exceeding seventy-five per cent of their membership. All that happened when the Nazis came into power, he said, was that this Jewish influence had been removed.

The address was delivered in the usual highly demagogic manner for which Goebbels is known.

His listeners maintained the strictest reserve throughout.