London, Jun. 17 (JTA) – Capt. Leon Peretz, a Jewish captain in the Polish Army who was liberated by American troops from a camp in Bavaria, today charged that Polish anti-Semitic students, members of the Nara Party, cooperated with the Germans during the occupation of Poland and delivered many Jews to the Gestapo. 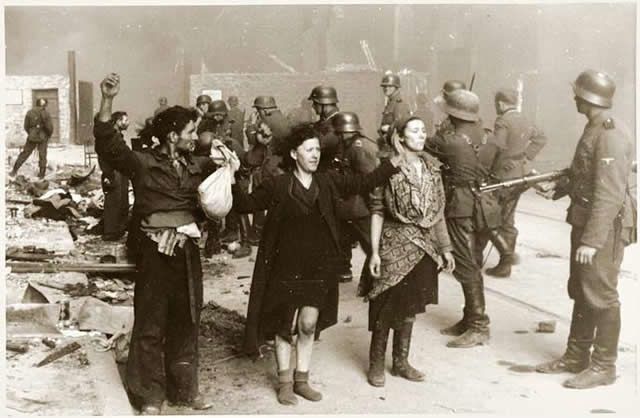 Arriving in London, Capt. Peretz, who is a relative of the famous Jewish writer J. L. Peretz, told a press conference how he fought with a partisan unit battling the Germans in Poland, after he succeeded in escaping from a transport on route to the Sobibor death camp. He revealed that while working in the underground in Warsaw he forged identity documents for Jews, adding that about 30,000 Jews hid in Warsaw, using false documents, after the Germans liquidated the ghetto there following the Jewish uprising.

"Secret hideouts for Jews were maintained throughout the occupation," he related. "Three Jewish women and two men were kept in a walled-up room in a German factory in Warsaw and were secretly fed every night through a small hole. When one woman died, her body had to be cut into parts in order to be removed through the hole. The underground movement paid a thousand zlotys monthly for the upkeep of hiding Jews."

Capt. Peretz, who was twice wounded, witnessed the gruesome execution of his parents and brothers. He participated in the battle of the Warsaw ghetto in 1944, where he was captured by the Germans and taken to a concentration camp in Upper-. After long months of internment, he and other prisoners were marched 900 kilometers to a camp near Bad Neustadt, Bavaria. Four days after their arrival at this camp, the American troops occupied Bad Neustadt and liberated the internees.