Ratko Mladic led the armed forces of the Bosnian Serbs during the Balkan wars of the early 1990s. Accused of ordering Europe’s worst massacre since World War II, he is now the most wanted fugitive for the atrocities in the conflict. 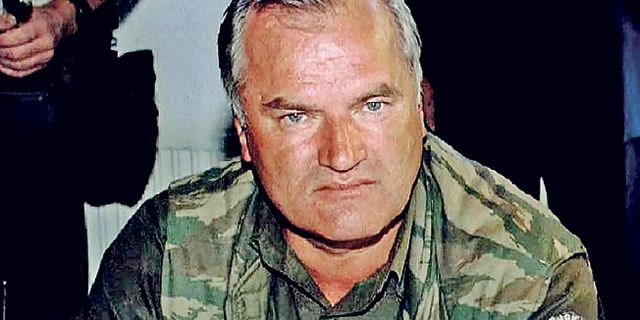 Within Serbia, his military prowess, the undeniable suffering and the imponderable scale of the crimes he is accused of have made him as much a national myth as a man. His notoriety around the globe and his support within the Serbian dominated regions within the former Yugoslavia were only increased by the arrest of the Bosnian Serb leader Radovan Karadzic in July 2008.

But after 15 years on the run — sometimes in plain sight at soccer matches and weddings and sometimes deep in the fabric of this secretive city — Mr. Mladic is now being hidden by no more than a handful of loyalists, according to investigators and some of his past associates. Older, sicker and more isolated, Mr. Mladic is probably moving from nondescript apartment to nondescript apartment in New Belgrade, a sprawling extension of Belgrade across the Sava River.

The diminished circumstances of the former general, who once was protected by scores of allies and Serbian government officials, make him ripe for capture, according to these people. But a softening by several European countries on whether his arrest should be a prerequisite for Serbia’s admission to the European Union has raised questions about whether he will ever face justice.

An investigation into Mr. Mladic’s whereabouts, how he has eluded capture, and Europe’s shifting response to him paints a picture of a man of obstinate will and bravado, slowly and haltingly being drawn into a shrinking world of shadows. Over the years, as European pressure for an arrest intensified and then retreated, he received vital, little known, assistance from Serbian military forces and several of the country’s past governments.

Mr. Mladic, who commanded Bosnian Serb forces, has proved a wily foe — tough, resourceful and abetted by military-trained protectors, according to more than two dozen sources, including government investigators, two loyalists who aided him and Mr. Karadzic, and five family friends, including the family priest.

A tall, burly man of 68 with a ruddy face and sharp blue eyes, Mr. Mladic was born in a remote Bosnian Serb village, Bozanovici. He was shaped by poverty and the killing of his partisan father by soldiers of the Nazi puppet state in Croatia. His rise in the Yugoslav Army was swift.

Mr. Mladic’s early military career was shaped by Tito’s Communist ideology, which called for Yugoslav brotherhood among the country’s six constituent multiethnic republics. But with the rise of Serbian nationalism in the 1980s, and as Yugoslavia began to disintegrate in 1991, Mr. Mladic was ready to do his part in the schemes devised by Slobodan Milosevic, in the name of protecting and assuring the dominance of the Serbs, the largest ethnic group.

People who met Mr. Mladic during the war said he would often rail against politicians, preferring the company of his soldiers, whom he routinely joined on the front line. While others dove into trenches during an attack by Bosnian forces, they said, he would remain standing, apparently unafraid of death.

In 1992, one month after a Bosnian majority voted to secede from Yugoslavia, Mr. Mladic’s forces launched the three-and-a-half-year siege of Sarajevo, killing 10,000 people, including 3,500 children.

Many observers in both Serbia and Bosnia believe that Mr. Mladic descended into deep depression, and possibly madness, after the suicide of his daughter Ana, a 22-year-old medical student who killed herself in March 1994, reportedly over a Serbian magazine article that depicted her father as a murderer.

On the eve of the Srebrenica massacre, a defiant Mr. Mladic made an address broadcast on Bosnian Serb television, during which he warned that the time had come to avenge centuries of conquest by the Ottoman Muslims. Witnesses have said that they saw Mr. Mladic ordering his soldiers to round up some of the nearly 8,000 Muslim men and boys who were slaughtered in Srebrenica, a United Nations-protected enclave, on July 11, 1995. The Bosnian war ended five months later.

That year, an international court in The Hague indicted Mr. Mladic twice, for war crimes in the Sarajevo siege and for genocide in the Srebrenica massacre. He became a fugitive at a time when 60,000 NATO troops were on the ground, raising questions about why he was not seized. American and European diplomats say a consensus prevailed that no country wanted to spill its soldiers’ blood in a battle with Mr. Mladic’s armed protectors — which has left Serbian governments asking why they should risk the same.

Out in the Open

Mr. Mladic certainly did not lie low for many years. Protected by Serbia’s nationalist president, Slobodan Milosevic, he visited for several years the grave of his daughter, Ana, who committed suicide with his favorite pistol in 1994. He enjoyed a Chinese-Yugoslav soccer match surrounded by bodyguards at a Belgrade stadium in 2000. His framed photograph hung in bars like the Crazy House in New Belgrade. He prayed at his brother’s funeral in 2001 in a jogging suit and sunglasses with a young woman on his arm, according to the family priest, Vojislav Carkic, who said local men blocked off the cemetery road.

One protector — a Serbian military officer who was later arrested — recalled that Mr. Mladic lived fairly openly in a house guarded by a private 52-man security detail with four cars. Last year, a former Mladic bodyguard, Branislav Puhalo, testified that the unit was established in 1997 on Mr. Milosevic’s orders.

But in 2000, Mr. Milosevic was ousted and later was arrested by a new government. Mr. Mladic pulled back from public view and began to move among military barracks, according to friends, who said they would visit him to play table tennis or chess. As he did, the myth of his fugitive cunning only grew. In 2002, the government signed a cooperation agreement with the war crimes tribunal in The Hague. It eventually asked him to leave the Topcider barracks in Dedinje, an exclusive Belgrade district where he was hiding. According to Vladimir Vukcevic, Serbia’s war crimes prosecutor, he simply refused.

The military authorities tried to smoke Mr. Mladic out by summoning a police helicopter to hover over the barracks, dropping a decoy rope ladder to pretend a raid was imminent. But that did little more than provoke Mr. Mladic to speed away, a level further into Belgrade.

When their network was vibrant, Mladic loyalists would meet routinely in four crowded public lobbies in Belgrade — summoned by the code, “waiting room,” according to a former protector who is now on trial in Belgrade with more than a dozen others for helping Mr. Mladic. All were brought in at a time of intense Western pressure.

As the former protector described the process as it worked in 2006, they discarded mobile telephones and SIM cards 4 kilometers, or 2.5 miles, from their gatherings in crowded places where they could easily blend in. Meeting face to face, they hardly spoke, discussing protection logistics by exchanging written messages that they burned.

Investigators and friends of Mr. Mladic say his network is now likely down to one or two people — deeply loyal associates, with probable links to the former Yugoslav Army — who aid him in a way roughly parallel to what a former protector says was the way Mr. Karadzic was helped.

One of his allies described how Mr. Karadzic shifted among a collection of 12 apartments in New Belgrade once every five months and survived monthly on €200, or about $280, for groceries. Protectors delivered newspapers, bread, even fresh salmon. Funds came from former associates, say friends.

But Mr. Mladic’s life is likely harder. Mr. Karadzic disguised himself as a New Age guru with a bushy beard and circulated in public. Mr. Mladic’s friends said he has refused an elaborate disguise, preferring an underground existence, and that he may be sick.