Swedish scientists have solved the mystery over a a zinc coffin found 21 years ago at the German estate of Hitler's right-hand man, Hermann Göring, by identifying the skeletal remains as those of Göring's first wife Carin. Born in Stockholm, Sweden, Carin Fock married the decorated pilot Hermann Göring in 1923. The couple settled in Germany, where Carin enjoyed a high social status as the wife of a central leader in the growing National Socialist German Workers' Party (NSDAP).

"Adolf Hitler liked her. She has been called the mascot of the Nazi party," Marie Allen, professor of forensic genetics at Uppsala University, Sweden, and colleagues wrote in the journal PLoS ONE.

But Carin Göring suffered from heart problems, and in 1931, during a visit in Sweden, she died at 42. She was buried in the family tomb at Lovön, on the island Ekerö outside Stockholm.

Three years later, Göring moved the remains to his country retreat near Berlin, Carinhall, named after his wife.

"The funeral, worthy of a statesman, was a propaganda success, with all the most prominent Nazi leaders attending, including Hitler," wrote the researchers.

ANALYSIS: Proof That Hitler Had an Illegitimate Son?

The most pompous among the estates owned by the Nazi elite, Carinhall was filled with looted artworks, and indeed housed the biggest private collection in the world.

It was here that Göring plotted the formation of the Gestapo, the logistics of the the first concentration camps in Germany, and the bombing of European cities in World War II.

As the Russian army advanced at the end of the war, the Nazi leader sent his looted artworks to salt mines and small towns around the country. Some artworks were destroyed in the process, while others were discovered by advancing Allied troops towards the end of the war. 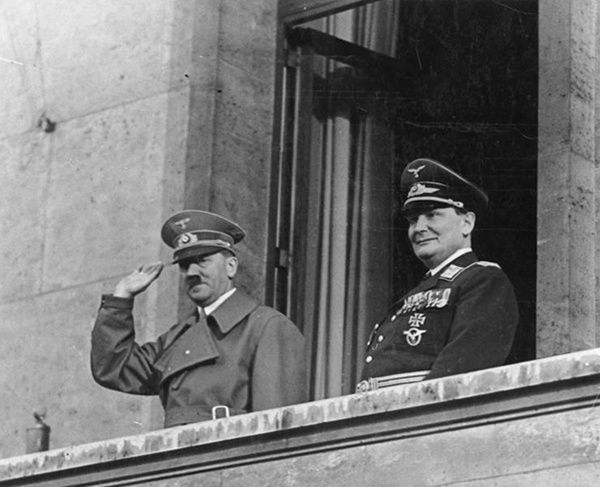 Then, in 1945, Göring ordered the destruction of Carinhall. Convicted of war crimes and crimes against humanity at the Nuremberg Trials, he swallowed cyanide hours before his scheduled hanging on Oct. 15, 1946.

The fate of Carin's grave remained a mystery for decades.

In 1951 skeletal parts described as "not more than a human torso" were found near Carinhall. Thought to come from Carin Göring, they were cremated and buried in the family tomb in Sweden.

Forty years later, in 1991, treasure hunters swooping on the ruins of Carinhall found a casket with other skeletal remains. They were sent to Sweden and the National Board of Forensic Medicine for identification.

Using state-of-the-art technologies, Allen and colleagues examined a total of 26 bones. DNA analysis established that they belonged to an adult woman.

Most importantly, a comparison of mitochondrial DNA, which is transmitted from mother to child, showed identical DNA sequences between the skeletal remains and Thomas Kantzow, Carin’s son from a previous marriage.

"The variant of mitochondrial DNA we saw in the bones is a relatively common one, occurring in about 10 per cent of all Europeans. Therefore we went on to study nuclear DNA," said Allen.

It wasn't an easy task: microorganisms and fungi accelerate degradation of the DNA in bones that have been buried.

Nevertheless, the scientists managed to analyze several places in the nuclear DNA. The results showed a very likely mother-son kinship.

"We have both mitochondrial and nuclear DNA data supporting that the remains are those of Carin Göring," the researchers concluded.

Carin Göring has now been reburied in Sweden.