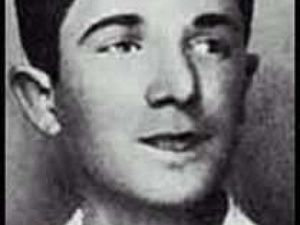 Mordecai Anielewicz was born in Warsaw, Poland, in 1919. After finishing secondary school Anielewicz joined the Zionist movement and became a full-time organizer of the movement. When the German Army invaded Poland in September 1939, Anielewicz managed to escape to Romania.

In October 1939, the Schutz Staffeinel (SS) began to deport Jews living in Austria and Czechoslovakia to ghettos in Poland. Transported in locked passenger trains, large numbers died on the journey. Those that survived the journey were told by Adolf Eichmann, the head of the Gestapo's Department of Jewish Affairs: "There are no apartments and no houses - if you build your homes you will have a roof over your head."

In Warsaw all 22 entrances to the ghetto were sealed. The German authorities allowed a Jewish Council (Judenrat) of 24 men to form its own police to maintain order in the ghetto. The Judenrat was also responsible for organizing the labour battalions demanded by the German authorities. Conditions in the Warsaw ghetto were so bad that between 1940 and 1942 an estimated 100,000 Jews died of starvation and disease in the Warsaw Ghetto.

Anielewicz returned to Warsaw where he attempted to organize resistance to the Nazi occupation and in November 1942 was elected as chief commander of the Jewish Fighter Organization in the ghetto.

Between 22nd July and 3rd October 1942, 310,322 Jews were deported from the Warsaw ghetto to extermination camps. Information got back to the ghetto what was happening to those people and it was decided to resist any further attempts at deportation. In January 1943, Heinrich Himmler gave instructions for Warsaw to be "Jew free" by Hitler's birthday on 20th April.

Anielewicz now played a prominent role in organizing resistance in Warsaw. On 19th April 1943, the Waffen SS entered the ghetto. Although though only had two machine-guns, fifteen rifles and 500 pistols, the Jews opened fire on the soldiers. They also attacked them with grenades and petrol bombs. The Germans took heavy casualties on the first day and the Warsaw military commander, Brigadier-General Jürgen Stroop, ordered his men to retreat. He then gave instructions for all the buildings in the ghetto to be set on fire.

As people fled from the fires they were rounded up and deported to the extermination camp at Treblinka. The ghetto fighters continued the battle from the cellars and attics of Warsaw. On 8th May the Germans began using poison gas on the insurgents in the last fortified bunker. About a hundred men and women escaped into the sewers but the rest were killed by the gas, including Mordecai Anielewicz.

Mordechai threw himself into the defence activity with all his zeal. Together with other groups and parties the Fighters' Organization was created, at whose head the coordinating commission of the political organization placed Comrade Mordechai. Mordechai was the soul of the organization, one of its most devoted workers.

Jewish masses, the hour is drawing near. You must be prepared to resist. Not a single Jew should go to the railroad cars. Those who are not able to put up active resistance should resist passively, should go into hiding.

Do not go willingly to your death! Fight for life to the last breath. Greet our murders with teeth and claws, with axe and knife, hydrochloric acid and iron crowbars. Make the enemy pay for blood with blood, for death with death?

Let us fall upon the enemy in time, kill and disarm him. Let us stand up against the criminals and if necessary die like heroes. If we die in this way we are not lost.

(4) Alexander Donat was in the Warsaw ghetto during the rising. He later recalled what happened.

When we reached Niska Street, the fighting was still going on; from roofs, from the windows of burning buildings, from doorways. Suddenly Lena clutched my hand and squeezed it with all her might. A blood-curdling scream rang out from an upper-story window filled with flames where a woman appeared holding a child by the hand, and toppled down to the street. This was our last sight of the Warsaw ghetto.

It is impossible to describe the conditions reigning in the ghetto. Very few could bear all this. All the others are destined to perish sooner or later. Their fate has been sealed. In most of the bunkers where thousands of Jews are hiding it is impossible to light a candle because of the lack of air.

What we have experienced cannot be described in words. We are aware of one thing only; what has happened has exceeded our dreams. The Germans ran twice from the ghetto.

Perhaps we will meet again. But what really matters is that the dream of my life has come true. Jewish self-defence of the Warsaw ghetto has become a fact. Jewish armed resistance and retaliation have become a reality. I have been witness to the magnificent heroic struggle of the Jewish fighters.

For a week we have been involved in a life-and-death struggle. The Warsaw Ghetto, the last of all the ghettos, was suddenly surrounded on the night of April 19th by the regular German Army which has begun the liquidation of the remaining Jews. In the first two days the Germans, after suffering great losses, were forced to beat a retreat. Later, after receiving reinforcements of tanks, armored cars, guns and finally aircraft, they began a regular siege of the ghetto and the systematic burning of all the houses. Our losses are enormous, taking into account the number of victims of shooting and of the fires in which men, women and children perished. Our end is imminent. But while we are in possession of arms we shall continue to resist.

We have rejected a German ultimatum to capitulate because the enemy knows no pity and we have no choice.

As we feel our last days approaching, we ask you to remember how you have betrayed us. The day will come for us to be avenged for the shedding of our innocent blood. Help those who at the last moment will slip through the enemy hands to carry on the struggle.