Natalia Vladimirovna Veselnitskaya (born 22 February 1975) is a Russian lawyer. Her clients include Pyotr Katsyv, an official in the state-owned Russian Railways, and his son Denis Katsyv, whom she defended against a money laundering charge in New York. 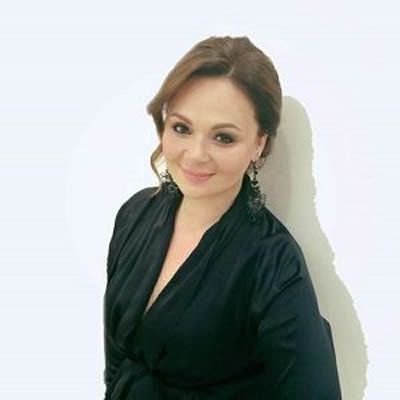 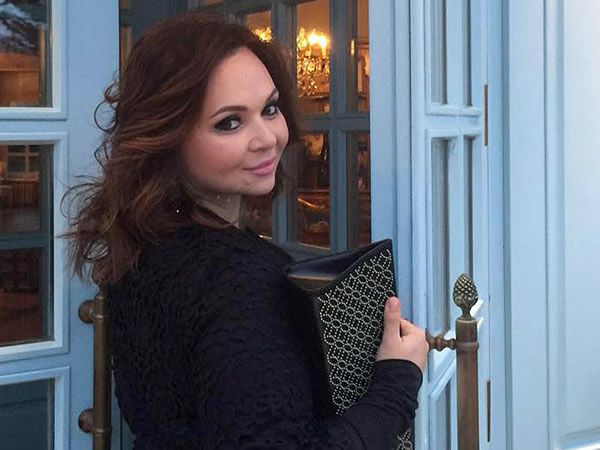 Her June 2016 meeting with Donald Trump Jr., Jared Kushner, and Paul Manafort in Trump Tower has attracted attention related to Russian interference in the 2016 United States elections, as well as to the role of her business contacts at research firm Fusion GPS in investigating that interference. Veselnitskaya has said that she graduated with distinction from the Moscow State Legal Academy in 1998. She attests that she was then employed by the prosecutor's office in Moscow Oblast, where she worked on legislation. She claims to have won over 300 legal cases. She then moved into private practice, focusing on land deals in the expanding Moscow suburbs. Veselnitskaya is a long-time lawyer for Pyotr Katsyv, who is the vice-president of the state-owned Russian Railways, and was formerly the Moscow region's minister of transportation. In 2008, Vladimir Solovyov accused Veselnitskaya and her stepdaughter of orchestrating unusual court decisions regarding land in Moscow. Veselnitskaya successfully sued Spravedlivost, an anti-corruption nonprofit, for defamation after it accused her, her former husband, and Katsyv of seizing land using government connections. Her claims that land owned by IKEA was actually owned by an old collective farm were ultimately dismissed by the Supreme Court of Russia.

Kamerton Consulting, represented a Russian military unit's interests in a property dispute case from 2005 to 2013. Since 2013, she has been close to Yury Chaika, the Russian prosecutor general, providing him with information. In 2009, Sergei Magnitsky, a tax accountant who had accused Moscow law enforcement of stealing $230 million in tax rebates from his client was beaten to death in jail. In 2012, Magnitsky's client, Bill Browder, secured passage of the Magnitsky Act, which imposed sanctions on the officials involved. Russian President Vladimir Putin responded by banning adoptions by Americans. In February 2015, the Human Rights Accountability Global Initiative was created in Delaware. Rinat Akhmetshin, a naturalized U.S. citizen from Russia, who has worked as a Washington lobbyist since 1998, agreed to lobby for the foundation backed by Denis Katsyv. From 1986 to 1988, Akmetshin served in the Soviet Army, where he obtained the rank of sergeant and worked in a counterintelligence unit for the KGB. Veselnitskaya's campaign included an unsuccessful attempt in Washington to repeal the Magnitsky Act and to "keep Mr. Magnitsky’s name off the law". On June 9, 2016, Veselnitskaya met with Donald Trump Jr., Paul Manafort, and Jared Kushner in Trump Tower, which they scheduled after Emin Agalarov's publicist, Rob Goldstone, told Donald Jr. that she was a "Russian government attorney" offering incriminating information on Hillary Clinton due to "its government’s support for Mr. Trump". Regarding the meeting, Trump Jr. initially wrote, "I love it" but, in July 2017, said the meeting "was a waste of time". Donald Trump Jr. said that Veselnitskaya used the meeting to criticize the Magnitsky Act.

Akhmetshin said he met with Veselnitskaya for lunch and she asked him to attend the meeting, which he then did. According to Akhmetshin, Veselnitskaya's translator, Anatoli Samachornov, also attended. He said Veselnitskaya left a document with Trump Jr. Also on or around June 9, prior to and following the Trump Tower meeting, Veselnitskaya met with Fusion GPS co-founder Glenn R. Simpson, ostensibly related to hearings that involved their mutual client Denis Katsyv, concerning charges of Russian tax fraud and money laundering originally uncovered by Magnitsky. The Simpson–Veselnitskaya meetings were denied by Veselnitskaya herself but confirmed by Simpson's lawyer. This has led to speculation from Trump allies linking the meetings to Fusion GPS's concurrent work assembling opposition research against then-candidate Trump. Two days after the Trump Tower meeting, the foundation registered to lobby Congress on the Magnitsky Act. Later that June, Veselnitskaya screened a film by Andrei Nekrasov at the Newseum in Washington, D.C., that was critical of Magnitsky. She was "deeply involved in the making of The Magnitsky Act – Behind the Scenes". She provided the film crew with "the real proofs and records of testimony" according to RussiaTV5, a "station whose owners are known to be close to Mr. Putin". In April of 2016 according to Russian state news agency Vesti commenting on the European Parliament refusal to show the mentioned above film about Magnitsky she said that "Andrei [Nekrasov] learned that Magnitsky hadn't conducted any investigation".

Veselnitskaya represented Pyotr Katsyv's son, Denis, when Preet Bharara, the United States Attorney for the Southern District of New York, charged him with money laundering. Federal prosecutors accused Katsyv of using Manhattan real estate deals to launder money stolen from Browder's Hermitage Capital Management. The Russian government then banned Bharara from traveling there. In October 2015, Veselnitskaya traveled to Manhattan, with her clients, for a deposition in the money laundering case. After being told, at the end of the deposition, that the counterparty would be required to reimburse her for her expenses, she billed the U.S. government $50,000, for an $800 meal, eight grappas, and a $995-per-night room at the Plaza Hotel. According to Swiss news sources, a Swiss agent and Russia specialist from the Federal Office of Police, investigating the Prevezon transaction from a Magnitsky Act violation, travelled privately to Moscow in December 2016 with his diplomatic passport, where he was welcomed by Veselnitskaya. The meeting was apparently set up by Russian Deputy Attorney General Saak Albertovich Karapetyan. Because the officer visited Russia without the knowledge of his Swiss superiors, and part of his stay in a Moscow luxury hotel was financed by Russian officials, the man was later dismissed, suspected of abuse of office, violation of official secrecy and corruption.

President Donald Trump fired Bharara on March 11, 2017. In May, 2017 the international money laundering case was settled with Katsyv's company, Prevezon Holdings, paying $6 million (without any admission of wrongdoing). The settlement was for less than 3% of the amount prosecutors had initially sought. In March 2017, Senator Chuck Grassley filed a complaint alleging that the foundation, Akhmetshin, Prevezon Holdings, and Fusion GPS had violated the Foreign Agents Registration Act. In a July 14, 2017 interview with The Wall Street Journal, Veselnitskaya acknowledged that she was in regular contact with the Russian prosecutor general's office and with Prosecutor General Yuri Chaika "while waging a campaign against U.S. sanctions". On November 3, 2017 a judge denied a request for Veselnitskaya to enter the U.S. to attend hearings related to the money laundering case. Veselnitskaya was formerly married to Aleksandr Mitusov, a former deputy transportation minister of the Moscow area.