Despite his age, Bruno Dey will be tried by juvenile court since he was 17 when he worked at Stutthof concentration camp during World War II 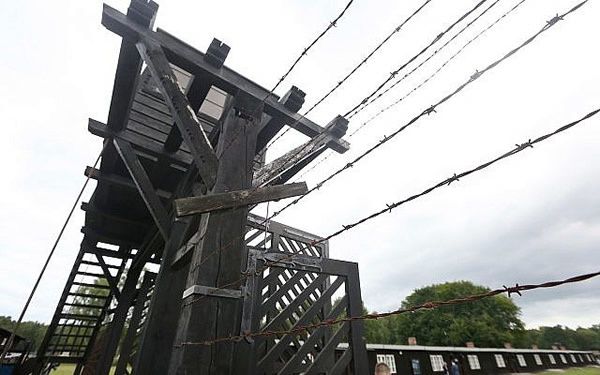 HAMBURG, Germany — German prosecutors on Thursday charged a 92-year-old man with aiding and abetting the murder of 5,230 people as a guard at a Nazi concentration camp during World War II.

The allegations against the accused, identified by daily newspaper Die Welt as Bruno Dey from Hamburg, concern atrocities committed at the Stutthof concentration camp, near what was then Danzig, now Gdansk in Poland.

Despite his senior age, the accused will be tried by a juvenile court in Hamburg, because he was 17 when he first worked at Stutthof.

Prosecutors accuse him of having contributed to the implementation of the Nazis’ order to kill as a “cog of the murder machinery.”

According to Die Welt, Dey was questioned by Hamburg prosecutors last year and he does not deny his presence in the camp, which was part of the Nazis’ vast network of concentration camps.

The trained baker reportedly insisted he was never a Nazi and only ended up in the SS-Totenkopfsturmbahn (Death’s Head Battalion), which ran the camp, because of a heart disease.

According to the report, Dey confirmed he had guard duties at the watchtowers and knew of the camp’s gas chambers, where he saw SS prisoners being pushed inside.

He admitted seeing “emaciated figures, people who had suffered,” but insists he is not guilty, replying “what use would it have done? They would have just found someone else” when asked why he did not put in a transfer to fight at the front, Die Welt reported.

The case is likely to be one of the last trials involving Nazi war crimes. Johann Rehbogen, a 94-year-old former SS enlisted man, who is accused of hundreds of counts of accessory to murder for alleged crimes committed during the years he served as a guard at the Nazis’ Stutthof concentration camp, waits for the beginning of the third day of his trial at the regional court in Muenster, western Germany, November 13, 2018. (Guido Kirchner/pool photo via AP)

Earlier this month, a German judge suspended the trial of a former concentration camp guard, who also worked at Stutthof, after the 95-year-old defendant was hospitalized with heart and kidney problems.

Germany has been racing to put on trial surviving SS personnel, after the legal basis for prosecuting former Nazis changed in 2011 with the landmark conviction of former guard John Demjanjuk.

He was sentenced on the grounds that he served as a cog in the Nazi killing machine at the Sobibor camp in occupied Poland, rather than for murders or atrocities linked to him personally.

The Nazis had initially used Stutthof as a detention camp for Polish prisoners but later also transported Jewish detainees to the site.