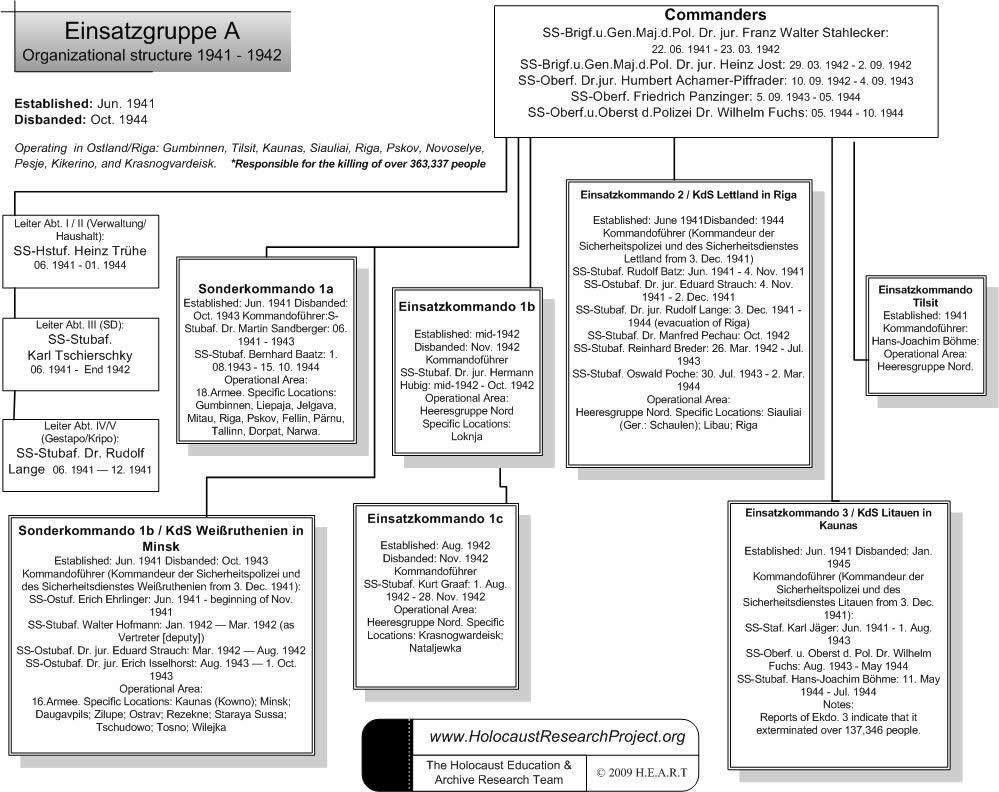 Gruppenleiter SS-Brig. Stachlecker entered Riga with the fighting force. Together with EK 1a and parts of EK 2. Excellent cooperation with 10th Army Headquarters. Smooth integration in advance groups possible. Security measures, in agreement with the Wehrmacht, have been taken against Russians in hiding and armed Communists.

One member of the EK 1a slightly wounded. Entire national leadership of Riga deported or murdered. Pogroms have been started.  Police is being organized, led by the former director of the political police in Riga who was brought from Berlin, and is manned by reliable persons only. It is engaged exclusively in the search for Communists and members of the Re Army.

Since, according to 18th Army Headquarters in Libau, civilians were also engaged in the battles against Germans, and EK 2 sub-unit was sent there, in addition to the unit that had been sent previously, with orders to proceed with utmost ruthlessness.

Only insignificant destruction in Kaunas. Strong sniper activity, particularly in the area of Tauroggen.

Stapo Tilsit has so far carried out 200 shootings.

Lithuanians have less trust in Lithuanian ambassador Skirza in Berlin (under house arrest in Berlin, as already reported) than in General Rastikis. The latter is very popular.

(a) under leadership of Klimaitis, 600 men, mainly civilian workers

(b) under leadership of the physician Dr. Zigonys, about 200 men

(1) In this case "partisans" means Lithuanian nationalists who cooperated with the Germans.