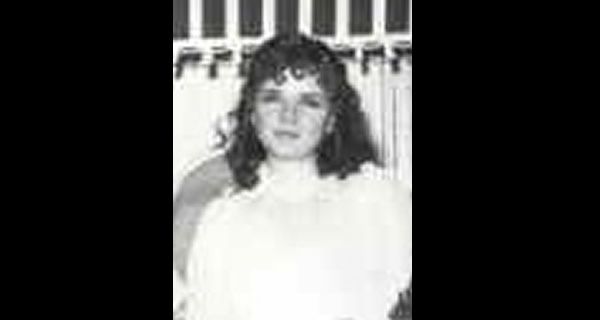 Bikowsky's identity is not publicly acknowledged by the Agency, but was deduced by independent investigative journalists in 2011. In January 2014, the Washington Post named her and tied her to a pre-9/11 intelligence failure and the extraordinary rendition of Khalid El-Masri. The Senate Intelligence Committee report on CIA torture, released in December 2014, showed that Bikowsky was not only a key part of the torture program, but also one of its chief apologists resulting in the media giving her the moniker "The Queen Of Torture".

Bikowsky started her CIA career in the 1990s as a Soviet analyst.(p273) She was brought into the Bin Laden Issue Station when it was created in 1996 by its first Chief, Michael Scheuer.(p35) Sometime after the USS Cole bombing in October 2000, she was promoted to Deputy Chief of the Bin Laden Issue Station. By March 2003, she had been appointed Chief of the station.(p273) The station was closed in late 2005. Ken Silverstein reported that Bikowsky was a top candidate to be CIA Deputy Chief of Station in Baghdad in 2007. However, a CIA spokesman later wrote to Silverstein to say Bikowsky was not considered for the position and to dispute the characterization of her in the post. In 2008, Jane Mayer reported that Bikowsky held "a top post handling sensitive matters in the Middle East." Bikowsky has been promoted to the equivalent of a General in the military and has most recently served as head of the CIA's Global Jihad unit.

Bikowsky was a senior staff member at the Bin Laden Issue Station in January 2000. She was the direct supervisor of Michael Anne Casey, a CIA staff operations officer who was assigned to track future 9/11 hijacker Khalid al-Mihdhar at an al-Qaeda operatives' meeting in Malaysia in early January 2000. Casey blocked a draft cable written by Doug Miller, a FBI agent detailed to the Bin Laden Issue Station, to the FBI warning that al-Mihdhar had a multiple-entry visa for travel to the U.S.(p240) Mark Rossini, another FBI agent first assigned to the Bin Laden Issue Station in 1999,(p233) testifies that Casey also verbally ordered him to not share information with FBI headquarters about al-Mihdhar or Nawaf al-Hazmi, who was traveling with al-Mihdhar. Rossini further states that Bikowsky told congressional investigators in 2002 that she hand-delivered al-Mihdhar's visa information to FBI headquarters. This was later proven false by FBI log books. The CIA shared some details about al-Mihdhar with the FBI at that time, but not that he had a valid visa to enter the U.S.(pp244–7).

Bikowsky has been identified as "the redheaded former Soviet analyst who had been in the Bin Laden Unit during Michael Scheuer's supervision"(p273) in Jane Mayer's book, The Dark Side. After Khalid Sheikh Mohammed was captured in March 2003, Mayer writes of Bikowsky : Despite the CIA's insistence on the professionalism of its interrogation program, according to two well-informed Agency sources, one particularly overzealous female officer had to be reprimanded for her role. After Mohammed was captured, the woman, who headed the Al Qaeda unit in the CTC, was so excited she flew at government expense to the black site where Mohammed was held so that she could personally watch him being waterboarded. ... Coworkers said she had no legitimate reason to be present during Mohammed's interrogation. She was not an interrogator. "She thought it would be cool to be in the room," a former colleague said. (p. 273).

In January 2004, Bikowsky, as head of the Bin Laden Issue Station, made the decision to extraordinarily render Khalid El-Masri to Afghanistan for five months without any evidence in hand.(pp282–3) El-Masri's name was a different transliteration of Khalid al-Masri, the name of a person who had supposedly met Ramzi bin al-Shibh and Marwan al-Shehhi on a train in Germany. Even after El-Masri's passport was checked and his identity as a different person was confirmed in March, Bikowsky still wanted him held in detention in Afghanistan.(pp284–5) El-Masri was eventually released in late May. The CIA Inspector General determined that there was no legal justification for rendering El-Masri. Bikowsky received no reprimand for the incident, because then-CIA Director Michael Hayden didn't want to deter the initiative of counter-terrorism employees.

In 2011, independent journalists Ray Nowosielski and John Duffy planned to release an audio documentary entitled Who is Rich Blee? The documentary focused on the CIA's Bin Laden Issue Station before 9/11 and how certain CIA officials blocked information on future 9/11 hijackers from reaching the FBI. They planned to be the first to reveal the identity of two CIA agents, including Bikowsky, who had previously only been identified as "Frances" in an AP news story from 2011 or as a red-headed CIA agent in Jane Mayer's The Dark Side. However, after receiving threats of prosecution under the IIPA from the CIA, Duffy and Nowosielski decided to release the documentary with the names redacted. They claim that their webmaster later posted an email containing the identities by accident. The identities then spread to the wider Internet.

Bikowsky is acknowledged as the real life CIA agent who formed the basis of the character "Maya" in the film Zero Dark Thirty. The film is based on the true story of Bikowsky's role as the CIA analyst who was responsible for leading the search to find and kill the mastermind of the September 11 attacks Osama Bin Laden. At the time of the film's release, Bikowsky was represented as a composite pseudo-character called "Maya" to protect Bikowsky's identity in the CIA. The film aroused controversy for its depiction of the use of torture to elicit information from terrorist suspects.