Samuel Kunz was a Nazi guard who served at the Belzec concentration camp and was the third most-wanted Nazi suspect before his death. 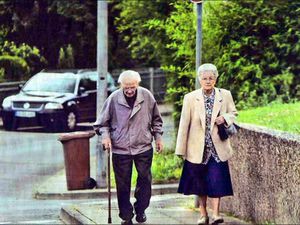 Kunz (born August 21, 1921; died November 18, 2010) was born in a small village near the Volga River in the Caucasus. Though he was ethnically German, he joined the Soviet army when World War II broke out. He was later captured by the Wehrmacht and, given the choice to be a prisoner-of-war or become "nazified," Kunz decided on the latter and was taken to be a guard at Belzec. He served in Belzec from January 1942 to July 1943.

When the Nazis closed the Belzec camp, Kunz was transferred to the Flossenburg concentration camp where he remained until the camps liberation by the Allies. After the war he lived in the Rhein-Sieg-Kreis near Bonn, working as a carpenter.

On July 28, 2010, Kunz was charged in Germany for participating in the murder of 430,000 Jews while he served as a guard at Belzec. Kunz, 88, was named the world's third most-wanted Nazi suspect by the Simon Wiesenthal Center a few months prior to his indictment.

German authorities became aware of Kunz's case as they were studying old documents from German post-wars trials about an SS training camp named Trawniki for the John Demjanjuk trial. Prosecutors allege both Kunz and Demjanjuk trained as guards at Trawniki. In the 1960's, Kunz testified about his time there in a different trial, but he was never indicted himself. Kunz was also accused of executing 10 Jews in two other incidents.