Phyllis Coates (born Gypsie Ann Evarts Stell; January 15, 1927) is an American film and television actress. She is best known for her portrayal of reporter Lois Lane in the 1951 film Superman and the Mole Men and in the first season of the television series Adventures of Superman. 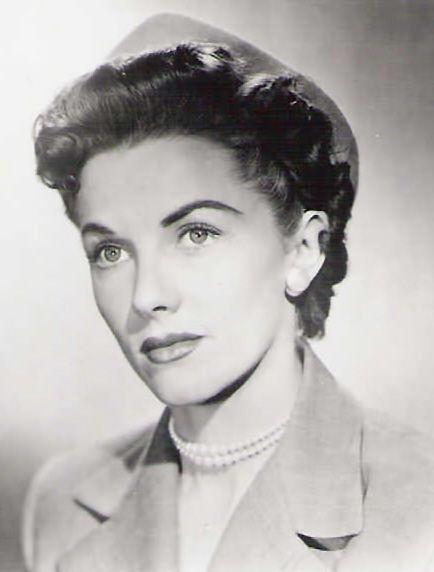 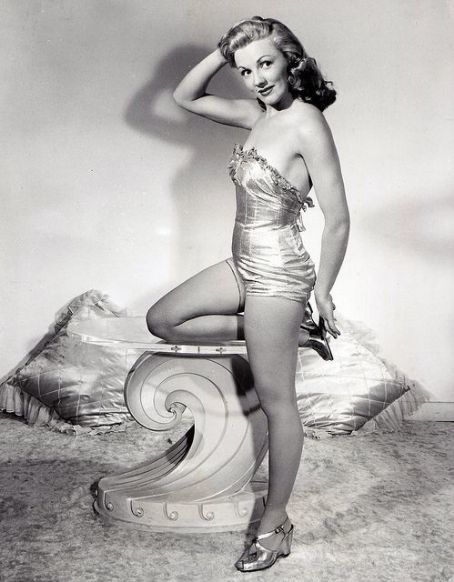 Born in Wichita Falls, Texas, Coates was the daughter of Mr. and Mrs. Jack Stell. After graduating from high school in her native Wichita Falls, Texas, she went to Los Angeles to study at UCLA. (Another source says that she "attended Odessa high school in '42 and '43" but "graduated from Hollywood high school" after moving with her mother to Los Angeles.) Coates is listed (as Gypsy Stell) among the alumni of Los Angeles City College. Originally billed as Gypsy Stell, Coates was allegedly discovered in 1943 by vaudeville comedian Ken Murray in a Hollywood and Vine restaurant from whom she learned comic timing. She subsequently appeared as a dancer and a comedienne in skits for ten months in Blackouts, his "racy" (mildly risqué) variety show. Along with Murray and other comedians, the show included showgirls, tap dancers, bird acts and Marie Wilson as the stereotypical "dumb blonde". She later performed as one of Earl Carroll's showgirls at his Earl Carroll Theatre. In 1946, she toured with a USO production of Anything Goes.

On July 13, 1944, she "began her work with 20th Century Fox ... after receiving a seven year contract with option." Coates signed a movie contract with Warner Brothers extending from 1948 to 1956, and she co-starred with George O'Hanlon in the studio's popular Joe McDoakes short-subject comedies in what can be considered the first sitcom. Her film career included roles in Girls in Prison (1956), I Was a Teenage Frankenstein (1957), Blood Arrow (1958), Cattle Empire (1958), The Incredible Petrified World (1959), The Baby Maker (1970) and Goodnight, Sweet Marilyn (1989).  In 1952 she guest-starred in "How Death Valley Got Its Name", the first episode of the anthology television series Death Valley Days, and then again in 1954 episode "The Light On The Mountain" of Death Valley Days. She appeared on The Lone Ranger in 1953, and then again on that popular series in 1955. Coates was cast too in 1955 as Madge in the CBS sitcom Professional Father. In 1955, she portrayed Medora De More in the two-part episode "King of the Dakotas" of the NBC western anthology series Frontier. In 1956, she was cast in the episode "God in the Street" of another anthology series, Crossroads, based on the lives of American clergymen.

That same year, she appeared in a second religious drama, This Is the Life, as Betty in the episode "I Killed Lieutenant Hartwell." She was also cast in 1956 as Marge in the episode "Web Feet" of the military drama Navy Log. She guest-starred in David Janssen's crime drama Richard Diamond, Private Detective. In 1958, she played Clarissa Holliday in all 39 episodes of the short-lived sitcom This Is Alice. She made guest appearances in three episodes of Perry Mason: "The Case of the Black-Eyed Blonde" in 1958, "The Case of the Cowardly Lion" in 1961, and in "The Case of the Ice-Cold Hands") in 1964. In 1961, she was cast as Elizabeth Gwynn in the episode "The Little Fishes" on CBS's Rawhide. Coates guest-starred as well on three episodes of the television series Gunsmoke between 1958 and 1964. Coates played a strong-willed Lois Lane in the first twenty-six episodes of Adventures of Superman, in which she was given equal billing with George Reeves (insisted upon by Reeves), even for episodes in which she did not appear. Her powerful "damsel in distress" scream was used to good effect in several episodes.

After shooting wrapped on the first season, the Superman producers suspended production until they found a national sponsor. When in 1953 it was possible to film more Superman episodes, Coates was already committed to another series. Noel Neill, who had played Lois Lane in two Columbia Superman serials, in 1948 and 1950, replaced Coates. With the death of Noel Neill on July 3, 2016, Coates is now the last surviving cast member from the Adventures of Superman TV series. Coates' Superman fame has obscured the fact that she was one of Hollywood's most consistently employed actresses of the 1950s and '60s. She freelanced steadily, appearing in numerous low-budget features, many of them Westerns, as well as serials and a steady stream of TV appearances, both as a regular in several series and as a guest cast member in others. All this was in addition to the "McDoakes" shorts, in which she continued to appear until Warner Brothers discontinued the series in 1956. Arguably, her best-remembered films of the 1950s—perhaps owing to their being those in which she has a substantial role, and being among the few that have been preserved so that they are available today on home video—are Blues Busters with The Bowery Boys (in which she has a musical number); Panther Girl of the Kongo, a jungle serial in which she starred; and I Was a Teenage Frankenstein.

In the 1960s, when it became clear that Adventures of Superman would continue to enjoy great popularity in syndicated reruns, far beyond the end of its production in 1957, Coates—like many of the other supporting cast members such as Jack Larson ("Jimmy Olsen")—tried to distance herself from the Superman series, fearing it might limit her opportunities. By the mid-1960s, however, she had settled into a comfortable semi-retirement as a wife and homemaker after marrying Los Angeles family physician Howard Press in 1962. She resumed her career after their divorce in 1986, but in the period immediately before that divorce, her film and television appearances were infrequent. One notable role was that of the mother of the female lead in the 1970 film The Baby Maker, directed by James Bridges, the lover and production partner of Jack Larson, who had remained Coates' good friend since they worked together on Adventures of Superman.

Despite her stated misgivings about being remembered only as Lois Lane after relaunching her career, Coates agreed to appear as Lois' mother in the first season finale of the 1990s television series Lois & Clark: The New Adventures of Superman. Noel Neill, who also played Lois Lane in film and TV series, had already been Lois' mother in the 1978 film Superman. Since then, it has become a tradition in Superman adaptations for actresses who have previously played Lois Lane to later play Lois' mother. Teri Hatcher, who played Lois in Lois & Clark: The New Adventures of Superman, made an appearance in the tenth season of the series Smallville as Lois' mother, Ella Lane.  Coates married director Richard L. Bare in 1948. They divorced in January 1949. She married jazz pianist Robert Nelms in 1950, gave birth to a daughter, and divorced in 1953. Coates married director Norman Tokar in 1955 and gave birth to a son in 1957. She was married to Dr. Howard Press from 1962 to 1986, during which time she gave birth to another daughter.