Emily Maitlis (born 6 September 1970) is a British journalist, documentary filmmaker and newsreader for the BBC. She is the lead anchor of BBC Two's news and current affairs programme Newsnight, and also covers elections for the BBC in UK, US and Europe. 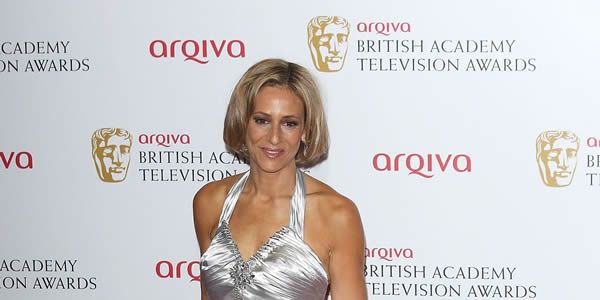 Maitlis was born in Hamilton, Ontario, Canada to British Jewish parents; her paternal grandmother was a Jewish refugee who fled Nazi Germany. She is the daughter of Professor Peter Maitlis FRS, Emeritus Professor of Inorganic Chemistry at the University of Sheffield, and Marion Maitlis, a psychotherapist. Maitlis was brought up in Sheffield, Yorkshire, and was educated at the King Edward VII School and Queens' College, Cambridge. She speaks fluent Spanish, Italian and French, as well as some Mandarin. As of 2019 she is the only Newsnight presenter not to have attended a private school.

Maitlis initially wanted to work as a director, prompted by her love for drama, but instead went into radio broadcasting. Prior to working in news, she was a documentary maker in Cambodia and China. She worked for the NBC network and was based in Hong Kong. She spent six years in Hong Kong with TVB News and NBC Asia, initially as a business reporter creating documentaries, and then as a presenter in Hong Kong covering the collapse of the tiger economies in 1997. She also covered the transfer of sovereignty over Hong Kong with Jon Snow for Channel 4. She then moved to Sky News in the UK as a business correspondent, and then to BBC London News when the programme was relaunched in 2001.

During 2005, Maitlis appeared as the question-master on the game show The National Lottery: Come And Have A Go. She was a regular presenter on BBC News Channel for a decade between 2006 and 2016, alongside Ben Brown and Jon Sopel. She also presented BBC Breakfast and from May 2006 until July 2007 presented STORYFix on BBC News, a light-hearted look at the week's news set to up-beat music. In July 2007, Maitlis was appointed as a contributing editor to The Spectator magazine, an unpaid post. This had been approved by her immediate manager, the head of BBC Television News Peter Horrocks, but the decision was subsequently overturned by his superior, the BBC News director Helen Boaden.

In 2012, Maitlis presented the US 2012 election coverage on BBC One and the BBC News Channel alongside David Dimbleby, when incumbent US President Barack Obama and Mitt Romney were fighting for the presidency of the US. In 2016, she presented a news discussion programme called This Week's World on BBC Two, late afternoon on Saturdays. Maitlis is one of the main presenters of Newsnight on BBC Two, alongside Kirsty Wark and Emma Barnett. She first joined the programme as a relief presenter in 2006, working her way up to be lead anchor of the programme following the departure of Evan Davis in 2018. After each show, before bed, she answers emails from viewers and in April 2019 published a book Airhead: The Imperfect Art of Making News, describing how television news is produced.

In November 2019, Maitlis interviewed the Duke of York, Prince Andrew about his relationship with American sex offender Jeffrey Epstein who died in August whilst awaiting trial on sex trafficking charges. The interview was broadcast on the BBC's Newsnight programme on 16 November 2019. Due in part to the disastrous fallout from Prince Andrew’s performance during this interview, he later resigned from his Royal duties. In February 2020, her interview with Prince Andrew won Interview of the Year and Scoop of the Year awards at the 2020 RTS Television Journalism Awards.

In a Newsnight discussion concerning Brexit on 15 July 2019 it was alleged that Maitlis had been "sneering and bullying" towards columnist Rod Liddle. Maitlis accused Liddle's columns of containing "consistent casual racism week after week", asking Liddle if he would describe himself as a racist. An investigation by the BBC Executive Complaints Unit upheld the complaints against her, agreeing that she been "persistent and personal" in her criticism of Liddle, thus "leaving her open to the charge that she had failed to be even-handed" in the discussion between Brexit-supporting Liddle and his anti-Brexit opponent Tom Baldwin. The successful complainant suggested that the broadcast exemplified the way the BBC viewed leave voters, whilst Douglas Murray described the segment as "more of a drive-by shooting than an interview".

On 27 May 2020, the BBC said that Maitlis's introduction to Newsnight the night before, which discussed the lockdown row over the Prime Minister's chief adviser Dominic Cummings, "did not meet our standards of due impartiality". The broadcaster said in a statement: "The BBC must uphold the highest standards of due impartiality in its news output. Ms Maitlis started the show by declaring that Mr Cummings had 'broken the rules'". She stood aside as the host of Newsnight on that day after asking to take the night off.

Maitlis is married to investment manager Mark Gwynne whom she met while working in Hong Kong. The couple have two children, Milo and Max. Maitlis is a keen runner and a WellChild Celebrity Ambassador. She presented the 2012 World Jewish Relief’s annual dinner at Guildhall, London. During an interview on The Jonathan Ross Show, Maitlis revealed that she had proposed to her husband while on holiday in Mauritius in 2000. An interview in The Guardian reads: "the family are Jewish, although Maitlis has said she herself is "not very practising".

During 2002, it was reported that Maitlis had been stalked for over a decade by a former platonic friend from her time at university, Edward Vines. Vines would appear at her place of work. He admitted harassing Maitlis and was sentenced to four months' imprisonment, but released because of the time he had spent on remand. A restraining order was imposed. In September 2016, the same man was sentenced to three years' imprisonment for breach of the restraining order in respect of Maitlis. In January 2018, Vines was jailed for 3 years and 9 months for breaching a restraining order forbidding him to contact Maitlis.

He admitted two charges of breaching the restraining order by sending two letters to Maitlis and emails and letters to her mother in 2015. In September 2019, while a prisoner at HMP Ranby in Nottinghamshire, he pleaded not guilty to breaching an order restraining him from contacting her by writing a letter with the intention it be passed to her. That case led to his being sentenced, in February 2020, to a further three years' imprisonment. In a BBC Radio 5 Live interview, Maitlis likened the long-term harassment to having a chronic illness.

Maitlis won Broadcast Journalist of the Year at the 2017 London Press Club Awards and the Network Presenter of the Year award at the RTS Television Journalism Awards in 2019 and 2020.