Reginald Denny (20 November 1891 – 16 June 1967) was an English stage, film and television actor as well as an aviator and UAV pioneer. He was once an amateur boxing champion of Great Britain. 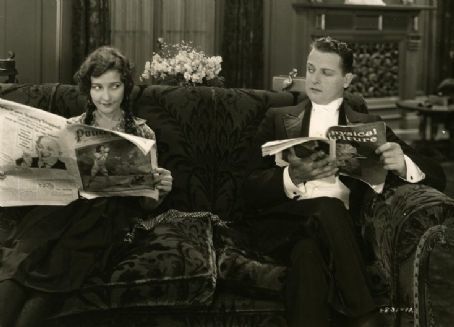 Born Reginald Leigh Dugmore in Richmond, Surrey, England, he began his stage career at age seven in The Royal Family and in The Merry Widow at age 16. years later he joined an opera company as a baritone, and toured India. After continuing his stage career in America, his film career started in 1915 with the old World Film Company and he made films both in the United States and Britain until the 1960s. He came from a theatrical family which went to the United States in 1912 to appear in the stage production Quaker Girl. His father was the actor and singer W.H. Denny. Reginald became friends with actor John Barrymore and appeared in Barrymore's acclaimed 1920 Broadway production of Richard III.

Denny was a well-known actor in silent films and with the advent of talkies, he became a character actor. He played the lead role in a number of his earlier films, generally as a comedic Englishman in such works as Private Lives, and later had reasonably steady work as a supporting actor in dozens of films, including The Little Minister (1934) with Katharine Hepburn, Anna Karenina (1935) with Greta Garbo, Alfred Hitchcock's Rebecca (1940 film) and the Frank Sinatra crime caper film Assault on a Queen (1966). His last role was in Batman (1966) as Commodore Schmidlapp. He made frequent appearances in television during the 1950s and 1960s.

He served as an observer/gunner in World War I in the Royal Flying Corps, and in the 1920s he performed as a stunt pilot. In the early 1930s, Denny became interested in radio controlled model planes. He and his business partners formed Reginald Denny Industries and opened a model plane shop in 1934 known as Reginald Denny Hobby Shops. Denny bought a plane design from Walter Righter in 1938 and began marketing it as the "Dennyplane", and a model engine called the "Dennymite". In 1940, Denny and his partners won a US Army contract for their radio-controlled target drone, the OQ-2 Radioplane. They manufactured nearly fifteen thousand drones for the US Army during World War II. The company was purchased by Northrop in 1952.

Marilyn Monroe was discovered working as an assembler at Radioplane. A photographer assigned by Denny's friend, Army publicist (and future US President) Capt. Ronald Reagan, took several shots and persuaded her to work as a model, which was the beginning of her career. Reginald Denny died on 16 June 1967, aged 75, after suffering a stroke, while visiting his native England. He is buried at Forest Lawn – Hollywood Hills Cemetery in Los Angeles, California. He was survived by his widow, Betsy and their three children. Denny was preceded in death by his first-born child, an adult daughter Barbara Denny-Simmons who died in 1948, at age 32. She was from his first marriage to Irene Haisman [1913–27] which ended in divorce.