Ante Pavelic was a Nazi-appointed ruler of Croatia during World War II. 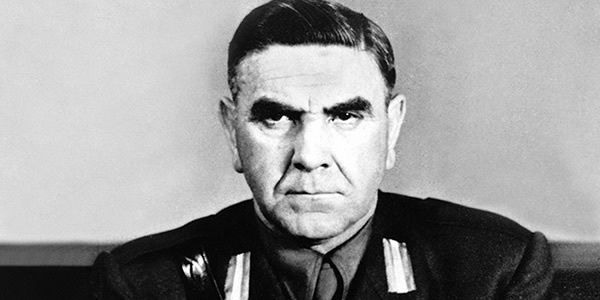 Born in Mostar (Herzegovina), Pavelić was an obscure Zagreb lawyer who came into prominence in 1929, when he founded the extreme right-wing Croatian separatists, Ustaše. In 1934, from his place of exile in Italy, he organized the assassination in Marseilles of King Alexander I of Yugoslavia (who was killed together with French Foreign Minister Louis Barthou) during the king's state visit to France (October 1934).

After the German invasion of Yugoslavia in April 1941, the Germans and Italians appointed him "Poglavnik" (leader) of the Independent State of Croatia. He created a fascist-racialist regime, repressing all opposition and instituting ruthless persecution of the Serbs and other minorities living in Croatia, particularly Jews, through arbitrary arrests, deportations, killing of thousands of innocent people, the destruction of Orthodox Serb churches, forcible conversions of Serbs to Catholicism, and exile with plunder of property.

Pavelić was a fierce antisemite, and together with his aides Eugen Kvaternik and his minister of the interior, Andrija Artuković (extradited from the United States to Yugoslavia in 1986 and sentenced to death), he was instrumental in murdering about 35,000 Jews and several times that number of Poles. Under his regime, these Jewish victims were not sent to Poland, but were murdered in local concentration camps. Under Pavelić's aegis, a Croatian Muslim division was formed in Bosnia and was visited by the Jerusalem Mufti, Hajj Amin al-Husseini. After the Axis' defeat, Pavelić found his way to Argentina, via Austria and Italy. He lived under assumed names and died two years after an assassination attempt in Spain.