Tasya van Ree (born April 30, 1976) is an American painter and photographer. She is noted for her work in photography and for her multifaceted interests in mixed media and visual presentation, particularly in fashion and its relation to identity, as well as for dating actress Amber Heard. 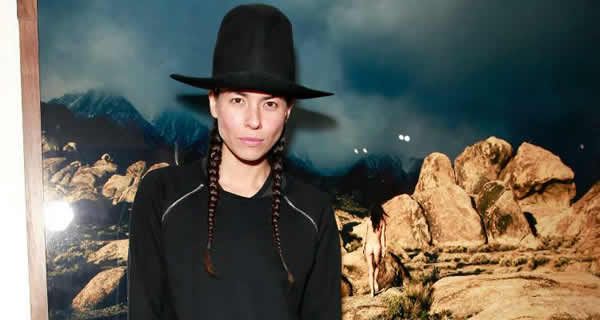 Van Ree is of Japanese-Dutch descent. She was raised in Mililani, Hawaii and was a surfer. She took a photography course in high school and became serious about the craft in her senior year. In 1994, van Ree moved to Los Angeles to attend college, but she eventually dropped out.

Van Ree is known for her black-and-white photographs of celebrities, including Michelle Rodriguez,[8] Katherine Moennig and Matt Dallas. She has said that black and white photography "contains a certain presence; it takes the subject matter and ignites a certain lyrical quality within it that one cannot express in words." Van Ree's use of the medium is particularly concerned with the way that the black and white image conveys a sense of time and timelessness, and that the contrast of her modern subjects with the temporal associations of the medium is a source of the intriguing qualities of her photographs. In several interviews, she refers to actress Amber Heard as her main muse: "Gala is to Salvador Dali, Kiki de Montparnasse is to Man Ray, Beatrice is to Dante Alighieri." In the 2014 exhibit A State of Mind & Affairs of its Games, van Ree displayed a contrast in both subject matter and medium for her photography.

The photos exhibited portrayed toys and popular objects, and were printed in full color. Her work has been exhibited in several cities and magazines. She has been exhibited both as a solo photographer and with other notable artists, including Gus Van Sant, Amy Arbus, David Lynch, and Jessica Lange. Her work is also featured in private collections. In addition to photography, van Ree makes short films and works in other visual media, including painting and pencil drawings. In her drawings, she finds inspiration in her dreams, and has undertaken drawing as an attempt to give the images of her dreams tangibility. This dream-drawing, according to Van Ree, also creates a sense of familiarity with her waking life. She also has designed text-based T-shirts, which she calls "DieWilder" and wears herself in public appearances. In August 2015, Van Ree contributed a poem to the "A Letter to My Younger Self" series on the blog for the fashion and home decor online store, The Dreslyn.

Van Ree is frequently noted for her signature hat both by interviewers and in self-reflection on how her fashion choices relate to her identity. Van Ree views accessories in fashion as "details of the outfit," and expresses an interest in the concept of details in general.[4] In a spoken-word interview video for the "Be You" Project with Genetic, Van Ree says her hat expresses that she is "a cowboy at heart... part alien, part cowboy, part male, part female... I think you become what you wear, and your personality kind of aligns with what you look like from the outside."

She was in a relationship with actress Amber Heard until 2012. She still has a tattoo of Heard's name on her arm, a detail revealed during an interview with StyleLikeU in 2013. In 2016, Van Ree was in a relationship with model Caroline Vreeland, great-granddaughter of Diana Vreeland. In interviews, she has discussed her interest in the food and arts culture of Los Angeles, and has expressed those aesthetics in her art.