Beryl Davis (16 March 1924 – 28 October 2011) was a vocalist who sang with British and American big bands, as well as being an occasional featured vocalist at a very young age with the Quintette du Hot Club de France between 1936 and 1939. She was still performing (in her 80s) into the 2000s, possibly the last surviving and performing singer of the generation of popular entertainers from the 1930s and wartime years. Her younger sister is Lisa Davis Waltz, a teen actress in the 1950s and 1960s and later, the voice of Anita in Disney's 101 Dalmatians. 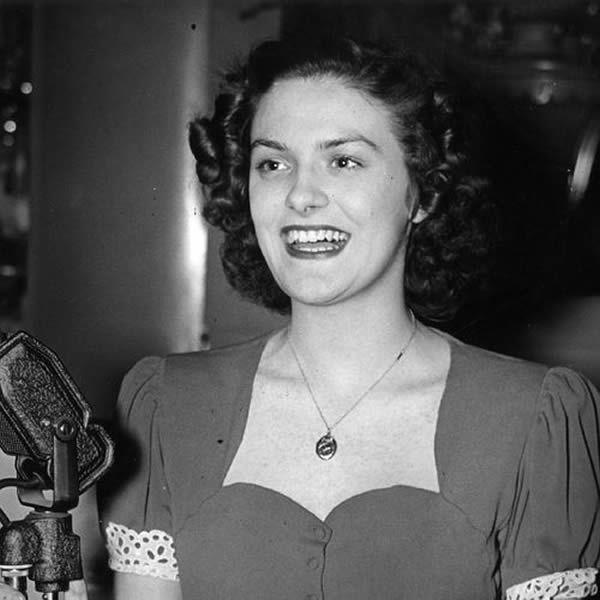 Born in Plymouth, England, to Harry Lomax Davis and Queenie Davis, she began to sing for the Oscar Rabin Band, co-led by her father and saxophonist Oscar Rabin, at the age of eight, eventually turning professional and singing with, among others, Oscar Rabin, Geraldo, and the Sky Rockets Dance Orchestra. From the age of just 12, accompanied by a chaperone, she also performed and recorded with Django Reinhardt in Paris and on several European tours, and was the featured singer with the Quintette du Hot Club de France during their tour of the U.K. in July-August 1939, including a performance with the Quintette for BBC Television (broadcast in August 1939), of which, unfortunately, no copy appears to survive. She became popular singing for British and Allied troops during World War II, during which time Glenn Miller discovered her in London, and she sang for the Army Air Force Orchestra. After the second world war, she moved to Los Angeles with her father's big band, and with Frank Sinatra for one year on Your Hit Parade.

She was part of the Four Girls singing group with Jane Russell, Rhonda Fleming, Della Russell, and Connie Haines. They recorded sixteen singles, and albums which became best sellers. She appeared both in variety shows and films. She was married to William Mann Moore (aka Peter Potter), disc jockey and host of the 1950s Emmy Winning television show, Jukebox Jury. They had three children, William Bell, Merry Bell, and Melinda Beryl. The marriage ended in divorce. In 1996, a Golden Palm Star on the Palm Springs, California, Palm Springs Walk of Stars was dedicated to her. Still performing into her 80s, she was featured at several concerts/festivals in the mid 2000s with the backing of the guitarist John Jorgenson and his band, who featured her vocals on one track, "Don't Worry 'Bout Me", on his 2007 CD "Ultraspontane", reprising her original recording with Django almost 70 years earlier. On 28 October 2011, Davis died in Los Angeles from complications of Alzheimer's disease, at age 87. She was buried at the Forest Lawn Memorial Park in Hollywood Hills, Los Angeles.