Billie Burke was born Mary William Ethelbert Appleton Burke on August 7, 1885 in Washington, D.C. Her father was a circus clown, and as a child she toured the United States and Europe with the circus (before motion pictures and after the stage, circuses were the biggest form of entertainment in the world). One could say that Billie was bred for show business. Her family ultimately settled in London, where she was fortunate to see plays in the city's historic West End, and decided she wanted to be a stage actress. At age 18, she made her stage debut and her career was off and running. Her performances were very well received and she became one of the most popular actresses to grace the stage. Broadway beckoned, and since New York City was now recognized as the stage capital of the world, it was there she would try her luck. Billie came to New York when she was 22 and her momentum did not stop. She appeared in numerous plays and it was only a matter of time before Hollywood came calling, which is exactly what happened. She made her film debut in the lead role in Peggy (1916). The film was a hit, but then again most films were, as the novelty of motion pictures had not worn off since Le vol du grand rapide (1903) at the turn of the century. Later that year, she appeared in Gloria's Romance (1916). In between cinema work, she would take her place on the stage because not only was it her first love, but she had speaking parts. Billie considered herself more than an actress--she felt she was an artist, too. She believed that the stage was a way to personally reach out to an audience, something that could not be done in pictures. In 1921, she appeared as Elizabeth Banks in The Education of Elizabeth (1921), then she retired. She had wed impresario Florenz Ziegfeld Jr. of the famed Ziegfeld Follies and, with investments in the stock market, there was no need to work.

What the Ziegfelds did not plan on was "Black October" in 1929. Their stock investments were wiped out in the crash, which precipitated the Great Depression, and Billie had no choice but to return to the screen. Movies had become even bigger than ten years earlier, especially since the introduction of sound. Her first role of substance was as Margaret Fairlfield in Héritage (1932). As an artist, she loved the fact that she had dialog, but she had to work even harder because her husband had died the same year as her speaking debut - and work she did. One of her career highlights came as Mrs. Millicent Jordan in David O. Selznick's Les invités de huit heures (1933), co-starring Lionel Barrymore, Wallace Beery, John Barrymore and Jean Harlow - heady company to be sure, but Billie turned in an outstanding performance as Mrs. Jordan, the scatterbrained wife of a man whose shipping company is in financial trouble and who was trying to get someone to loan his company money to help stave off disaster. Her character loved to give dinner parties because a dinner affair at the Jordans had a reputation among New York blue-blood society as the highlight of the season. With all the drama and intrigue going on around her, her main concern is that she is one man short of having a full seating arrangement. The film was a hit and once again Billie was back on top. In 1937, she had one of her most fondly remembered roles in Le couple invisible (1937), a film that would ultimately spin off two sequels, and all three were box-office hits. In 1938, Billie received her first and only Academy Award nomination for her portrayal of Emily Kilbourne in Madame et son clochard (1938). This was probably the best performance of her screen career, but she was destined to be immortalized forever in the classic Le magicien d'Oz (1939). At 54 years of age - and not looking anywhere near it - she played Glinda, the Good Witch of the North. The 1940s saw Billie busier than ever--she made 25 films between 1940 and 1949. She made only six in the 1950s, as her aging became noticeable. She was 75 when she made her final screen appearance as Cordelia Fosgate in John Ford's Western Le sergent noir (1960). Billie retired for good and lived in Los Angeles, California, where she died at age 85 of natural causes on May 14, 1970.

Billie Burke was born Mary William Ethelbert Appleton Burke on August 7, 1885 in Washington, D.C. Her father was the internationally famous clown, Billy Burke, and she would spend most of her early years touring Europe before the family settled in London. In 1903, she appeared on the stage as an actress and came to America in 1907 to star opposite John Drew in "My Wife". A red-haired beauty, she became the toast of Broadway and married promoter Florenz Ziegfeld Jr. in April 1914. Billie was signed in 1915 to make the film Peggy (1916). Of the next 15 films that she made, she would make 14 in New York. In between films, she would return to the stage which was her first love. Her last films were released in 1921 and she went into semi-retirement until their fortune was wiped out in 1929. Billie would return to films to support herself and her husband. Florenz Ziegfeld Jr. would die, a broken man, in 1932.

It was in the comedy drama Les invités de huit heures (1933) that Billie would find the character that she would play the rest of her career. It is the hapless, feather-brained lady with the unmistakably high voice who would be more interested in little details than what was at hand. In some films, like Piccadilly Jim (1936), she was obviously too old for the part, but played it to the hilt. Beginning in 1937, she starred in the "Topper" series of films (Le couple invisible (1937), Fantômes en croisière (1938) and Le retour de Topper (1941)) for producer Hal Roach in which she played Mrs. Topper with her usual fluffy performance. But for most of the people who were raised on television, she will always be remembered as Glinda, the Good Witch in Le magicien d'Oz (1939). She continued to make films though out the 1940s and started another series with Le père de la mariée (1950) and the follow-up Allons donc, papa! (1951).

A real trouper, she next went to television with the television series Doc Corkle (1952). The series was canceled after three weeks due to poor writing. By 1953, her career was slowing down and she would only make three more movies in 1959 and 1960. The best remembered one would be John Ford's Western Le sergent noir (1960). Billie Burke retired for good and lived in Los Angeles, California, where she died at age 85 of natural causes on May 14, 1970. 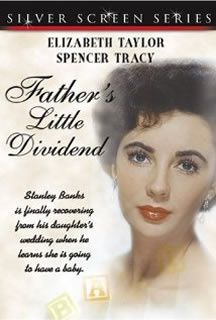 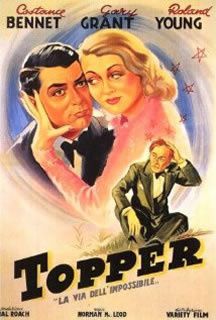