Emilie Schenkl (26 December 1910 – March 1996) was the wife, or companion, of Subhas Chandra Bose—a major leader of Indian nationalism—and the mother of his daughter, Anita Bose Pfaff (born 29 November 1942). Schenkl, an Austrian, and her baby daughter were left without support in wartime Europe by Bose, following his departure for Southeast Asia in February 1943 and death in 1945. In 1948, both were met by Bose's brother Sarat Chandra Bose and his family in Vienna in an emotional meeting. In the post-war years, Schenkl worked shifts in the trunk exchange and was the main breadwinner of her family, which included her daughter and her mother. 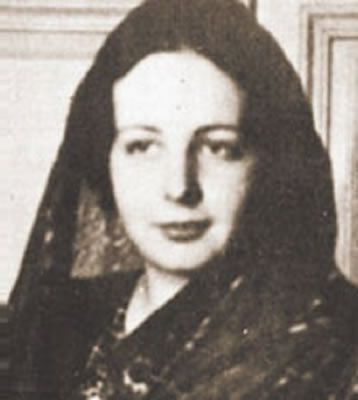 Emilie Schenkl was born in Vienna on 26 December 1910 in an Austrian Catholic family. Paternal granddaughter of a shoemaker and the daughter of a veterinarian, she started primary school late—towards the end of the Great war—on account of her father's reluctance for her to have formal schooling. Her father, moreover, became unhappy with her progress in secondary school and enrolled her in a nunnery for four years. Schenkl decided against becoming a nun and went back to school, finishing when she was 20. The Great Depression had begun in Europe; consequently, for a few years she was unemployed. She was introduced to Bose through a mutual friend, Dr. Mathur, an Indian physician living in Vienna. Since Schenkl could take shorthand and her English and typing skills were good, she was hired by Bose, who was writing his book, The Indian Struggle. They soon fell in love and were married in a secret Hindu ceremony in 1937, but without a Hindu priest, witnesses, or civil record. Bose went back to India and reappeared in Nazi Germany during April 1941–February 1943.

Soon, according to historian Romain Hayes, "the (German) Foreign Office procured a luxurious residence for (Bose) along with a butler, cook, gardener, and an SS-chauffeured car. Emilie Schenkl moved in openly with him. The Germans, aware of the nature of the relationship, refrained from any involvement." However, most of the staff in the Special Bureau for India, which had been set up to aid Bose, did not get along with Emilie. In particular Adam von Trott, Alexander Werth and Freda Kretschemer, according to historian Leonard A. Gordon, "appear to have disliked her intensely. They believed that she and Bose were not married and that she was using her liaison with Bose to live an especially comfortable life during the hard times of war" and that differences were compounded by issues of class. In November 1942, Schenkl gave birth to their daughter. In February 1943, Bose left Schenkl and their baby daughter and boarded a German submarine to travel, via transfer to a Japanese submarine, to Japanese-occupied southeast Asia, where with Japanese support he formed a Provisional Government of Free India and revamped an army, the Indian National Army, whose goal was to gain India's independence militarily with Japanese help.

Bose's military effort, however, was unsuccessful, and he died in a plane crash in Taipei, Taiwan, on 18 August 1945, while attempting to escape to the still Japanese-held town of Dairen (now Dalian) on the Manchurian peninsula.  Schenkl and her daughter survived the war. During their nine years of marriage, Schenkl and Bose spent less than three years together, putting strains on Schenkl. In the post-war years, Schenkl worked shifts in the trunk exchange and was the main breadwinner of her family, which included her daughter and her mother. Although some family members from Bose's extended family, including his brother Sarat Chandra Bose, welcomed Schenkl and her daughter and met with her in Austria, Schenkl never visited India. According to her daughter, Schenkl was a very private woman and tight-lipped about her relationship with Bose. Schenkl died in 1996.