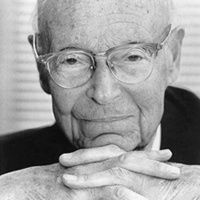 Henry Grunfeld (born Heinrich Grünfeld 1 June 1904; died 10 June 1999) was a prominent individual in the development of investment banking and the growth of London as a financial centre following the Second World War. Grunfeld was co-founder of S.G. Warburg, which became the preeminent UK-based investment bank by the early 1990s and "the biggest force in post-world-war merchant banking". While the firm had been named after his colleague Siegmund Warburg, whose family were already long established in banking in Germany and the United States, upon Grunfeld's death it was noted that "Warburg, Grunfeld and Company would have been the more accurate style".

Grunfeld was born in Breslau (today Wroclaw) in the Prussian Province of Upper Silesia to an assimilated Jewish family with longstanding interests in the Steel and Chemicals industries. He was educated in Breslau and Berlin and became prominent in the German Steel Industry after taking over the operations of his father's company, A. Niederstetter, a supplier of steel pipes, when aged just 20. He subsequently represented the Steel Industry in its negotiations with the German government. Later, Grunfeld had to confront critical problems posed by the great inflation, industrial unrest and world depression following the Wall Street Crash of 1929, and at the age of 27 he became closely involved in the aftermath of the 1931 banking crisis, serving on more than 20 creditor committees.

Following the rise of Hitler, in April 1934, Grunfeld was arrested without warrant or charge by the Gestapo and jailed for fifty-four hours. He was able to use his status as an honorary Consul of Spain to avoid deportation to a concentration camp. He fled to London with his family after the Night of the Long Knives, and his family business was subjected to Aryanization and plundered by the Nazis: after the application of the various Nazi flight capital taxes and exchange controls, almost all Grunfeld's family assets were confiscated and he arrived in the United Kingdom with £4,000 (equal to 7.5% of the book value of the company at its founding in 1898). Many members of his family remained in Germany and were killed during the Third Reich. (While Grunfeld was later highly active with post-war German industrial companies, he never returned to Berlin and made no post-war restitution claim).

Exiled in London, after a period of operating an independent factoring business, Grunfeld joined forces with Siegmund Warburg in the New Trading Company, which was established to help refugees from Europe extract their money from their native country and invest it safely. After the outbreak of war, he avoided internment as an enemy alien by leaving his home every morning at 7am and walking around Hyde Park - it was thought that the police typically made their arrests between 8am and 9am. He was exempted from internment as an enemy alien in October 1939 and became a British subject in 1946.

The New Trading Company was renamed as S.G. Warburg and Company in 1946 and Grunfeld and Warburg developed its merchant banking business among emigrants to London and in Germany. The firm rose to international prominence after it pioneered the hostile takeover in the UK with the acquisition of British Aluminium by Reynolds and Tube Investments in 1959, and grew rapidly after it developed the Eurobond market after 1963, the initial security being a £10 million loan to the Italian toll-road builder Autostrade Italiane. Grunfeld was especially active with clients in the newspaper industry and in the establishment of commercial television in the UK and pioneered the reverse takeover in a transaction for Lord Thomson. From 3 employees in 1937, S.G. Warburg had 15,000 employees in 40 countries and half of the FTSE 100 largest UK companies among its clients at the time of its acquisition by Swiss Bank Corporation in 1995. Grunfeld took over chairmanship of the firm in 1964 and held it for 10 years, but remained active in the firm until his death in 1999. He rarely gave interviews but in 1987 warned that derivatives could be the cause of a future financial crisis.

At S.G. Warburg, Grunfeld pioneered the use of graphology as an employee selection tool in the UK. Outside the firm, he was an unofficial adviser on financial matters to Harold Wilson's government. Following his death the Henry Grunfeld Chaired Professorship in Investment Banking was established at INSEAD, the European business school, currently occupied by Gabriel Hawawini, and the Henry Grunfeld Foundation was established at the ifs School of Finance.