Elizabeth Holtzman (born August 11, 1941) is an American politician and former member of the United States House of Representatives. A Democrat, she represented New York's 16th congressional district for four terms. She was the first woman to hold the office of New York City Comptroller, and the first woman to serve as District Attorney of Kings County. She was born in Brooklyn, New York, the daughter of attorney Sidney Holtzman and college professor Filia (Ravitz) Holtzman. She is of Jewish descent. She is a graduate of Brooklyn's Abraham Lincoln High School, class of 1958. In high school, her twin brother Robert, who became a neurosurgeon, ran for student president and Elizabeth Holtzman ran for vice president; both won. Holtzman graduated from Radcliffe College of Harvard University (magna cum laude, Phi Beta Kappa, 1962), and Harvard Law School (1965). At Harvard Law, Holtzman was a member of the Student Non-Violent Coordinating Committee (SNCC), assisted in creating the Law Students' Civil Rights Research Council, taught English at Harvard College, and was a law clerk for civil rights attorney C. B. King.

In 1965, Holtzman joined the New York City law firm of Wachtell, Lipton, Rosen, and Katz, and she was admitted to the bar in 1966. Holtzman served on the staff of Mayor John V. Lindsay from 1967 to 1970, and worked as a liaison between the Mayor's office and the city Department of Parks, Recreation and Cultural Affairs. From 1970 to 1972, she was a member of the New York State Democratic Committee and Democratic Committee leader for the New York State Assembly district that included her residence, and she was a delegate to the 1972 Democratic National Convention. She was also a founder of the Brooklyn Women's Political Caucus.

In the 1972 primary election, Holtzman upset Judiciary Committee chairman Emanuel Celler, the 50-year incumbent and the House's longest-serving member at that time. At 31 years old, she was the youngest woman elected to Congress. Holtzman held that record until Elise Stefanik was elected in 2014 at age 30. Holtzman served on the House Judiciary Committee. She was also a member of the House Budget Committee and Chairwoman of the House Immigration Subcommittee. Before the end of the bombings during the Cambodian Campaign on August 15, 1973, Holtzman filed a legal challenge in United States Federal Court in the case of Schlesinger v. Holtzman. She voted against the Case-Church amendment, as she wanted an immediate end to the bombings, and subsequently filed suit in the United States District Court for the Eastern District of New York seeking an order to end them.

On July 25, 1973, U.S. District Judge Orrin Grimmell Judd granted summary judgment to Holtzman and issued an injunction ordering the military to refrain from participating in military activities in Cambodia. His order was to become effective on July 27, but on that day a three-judge panel of the United States Court of Appeals for the Second Circuit unanimously stayed his order. Holtzman then attempted to get the Circuit Justice of the U.S. Supreme Court overseeing the Second Circuit, Justice Thurgood Marshall, to vacate the stay. Marshall refused to do so, issuing an in-chambers opinion. Holtzman then turned to Justice William O. Douglas, who granted Holtzman's motion to vacate the stay on August 4, 1973, and ordered the U.S. military to cease all bombing in Cambodia. The military ignored his order, and six hours later the other eight Justices of the Supreme Court voted to reverse it.

In 1974, Holtzman was one of the Judiciary Committee members who recommended three articles of impeachment against Richard Nixon during the Watergate scandal. After Nixon resigned as president and was pardoned by his successor, Gerald Ford, the judiciary committee held hearings on the pardon, in which Holtzman asked Ford whether his action had been a quid pro quo. Ford cut her off, declaring, "There was no deal, period, under no circumstances." After the Watergate scandal, Holtzman authored a bill that allowed an independent counsel to be appointed by a Washington, D.C. appeals court if requested by the attorney general. The law, passed in 1978, had a five-year sunset provision and expired in 1999. In 1978, Holtzman secured an extension of the deadline for state legislatures to ratify the proposed Equal Rights Amendment to the United States Constitution. (House Joint Resolution No. 638 was approved by the 95th Congress.) Also in 1978, Holtzman helped pass legislation to expel more Nazi war criminals who had immigrated to the United States. It established the U.S. DOJ Office of Special Investigations within the United States Department of Justice Criminal Division to investigate and bring legal action to denaturalize or deport them. The Immigration and Naturalization Service had kept a list of suspects but not pursued them.

Holtzman was the Democratic candidate for the U.S. Senate in 1980. In her party's primary she defeated former Miss America Bess Myerson, former New York City Mayor John V. Lindsay, and Queens D.A. John J. Santucci. Myerson was the initial favorite, with endorsements from Mayor of New York Ed Koch, Governor Hugh Carey and Senator Daniel Patrick Moynihan. In the general election, Holtzman faced Republican nominee Alfonse D'Amato and incumbent Senator Jacob Javits. After losing to D'Amato in the Republican primary, Javits remained on the general-election ballot on the Liberal Party ticket. He retained his union endorsements and drew liberal and Jewish voters away from Holtzman. A theme of D'Amato's campaign was that Holtzman had never voted for a Department of Defense appropriation bill in Congress. D'Amato won the election by a margin of 1%, or 81,000 votes, over Holtzman.

In 1981–82 Holtzman taught at New York University Law School and its Graduate School of Public Administration.

In 1981, Holtzman was elected District Attorney in Kings County (Brooklyn), a post to which she was reelected in 1985. She held the post for seven years, until she became the New York City Comptroller in 1989. She was the first woman to be elected district attorney and comptroller in New York City. She has said that she first considered a race for Mayor of New York in 1989 before deciding to seek the comptroller's post instead. Holtzman viewed the comptroller's post as an extension of her work in Congress and as district attorney. 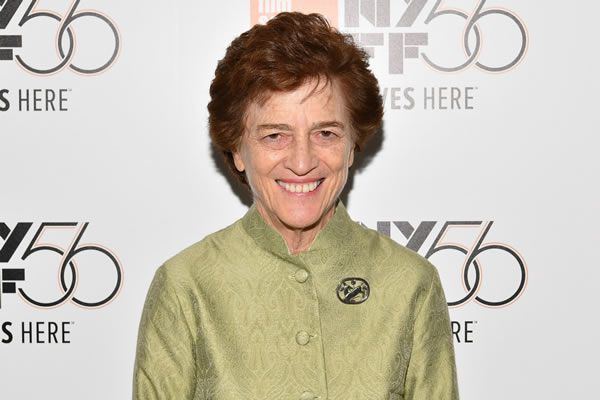 Betty Friedan endorsed Holtzman. In rancorous debates, Abrams and Holtzman exploited Ferraro's tax problems, and the legal problems of her husband, John Zaccaro, and her son, even suggesting a Mafia connection to the family. Holtzman was vulnerable for an August loan to her campaign from Fleet Bank. In August 1992 she borrowed $450,000 to pay for television ads against Ferraro. These charges came back to haunt her in her unsuccessful 1993 bid for a second term as Comptroller, though she was later cleared of all charges. Democrats blamed her for the expensive and brutal Senate primary that left nominee Abrams too weakened to defeat vulnerable incumbent D'Amato. Holtzman finished with 13%, last behind Abrams, Ferraro, and Sharpton. Holtzman did not endorse Abrams. D'Amato, the Republican incumbent, won reelection in November, 49% to 48%.

While initial polls showed Holtzman far ahead, Hevesi and Badillo made the Fleet Bank loan from the Senate race an issue during the NY1 debate, reducing Holtzman's support. In March 1993 her office included a Fleet entity on a list of recommended underwriters for the city's municipal bond sales. Her campaign still owed Fleet $255,000 from the 1992 campaign and had missed two payment deadlines. In the primary, Holtzman finished second to Hevesi; a runoff election ensued, which Hevesi won, 67% – 33%. He then defeated Badillo in the general election.

Holtzman's last term in elective office ended in 1994. She was then an attorney in private practice in New York City, and became co-chairperson of the Government Relations Group at Herrick Feinstein LLP in New York City, in addition to authoring books and articles on politics. She published a memoir in 1996, Who Said It Would Be Easy?: One Woman's Life in the Political Arena (with Cynthia L. Cooper). She testified against the impeachment of President Clinton before the House Judiciary Committee in 1998, arguing that Clinton's alleged crimes did not come close to what Nixon was accused of.

Holtzman was a public member of the long-running Nazi War Crimes and Japanese Imperial Government Records Interagency Working Group (IWG), a commission established by a 1998 act of Congress to locate, identify, inventory, and recommend for declassification, currently classified U.S. records relating to Nazi and Imperial Japanese war crimes. Along with other public members, she had some sharp and public disagreements with the Central Intelligence Agency's interpretation of the law. On September 28, 2007, the Archivist of the United States presented to Congress, the Administration, and the American people the IWG's final report.

On January 11, 2006, The Nation published her essay calling for the impeachment of U.S. President George W. Bush for authorizing "the wiretapping of hundreds, possibly thousands, of Americans, in violation of the Foreign Intelligence Surveillance Act." She expanded on her arguments for impeaching Bush in a 2006 book coauthored with Cynthia L. Cooper, The impeachment of George W. Bush: a practical guide for concerned citizens. In June 2008, Holtzman published a commentary on the action of U.S. Representative Dennis Kucinich (D-Ohio) in introducing articles of impeachment against Bush on June 9, 2008. Holtzman considered a bid for New York State Attorney General in 2010, but announced on May 25 that she had decided not to run. She was also mentioned as a frontrunner for the special election to fill the congressional seat left vacant by the resignation of Anthony Weiner, but again did not run.

Holtzman is a member of the Board of the American Friends of Yahad-In Unum. She is also a member of the ReFormers Caucus of Issue One. Holtzman served as a member of the Homeland Security Advisory Council but resigned on July 18, 2018, over decisions to separate migrant children from their families. In a letter to DHS Director Kirstjen Nielsen, Holtzman wrote, "DHS has been transformed into an agency that is making war on immigrants and refugees. I do think it's important for the American people to see that not everybody connected with the government is a brute, is a lawbreaker, and that actually some of us do have a measure of conscience."